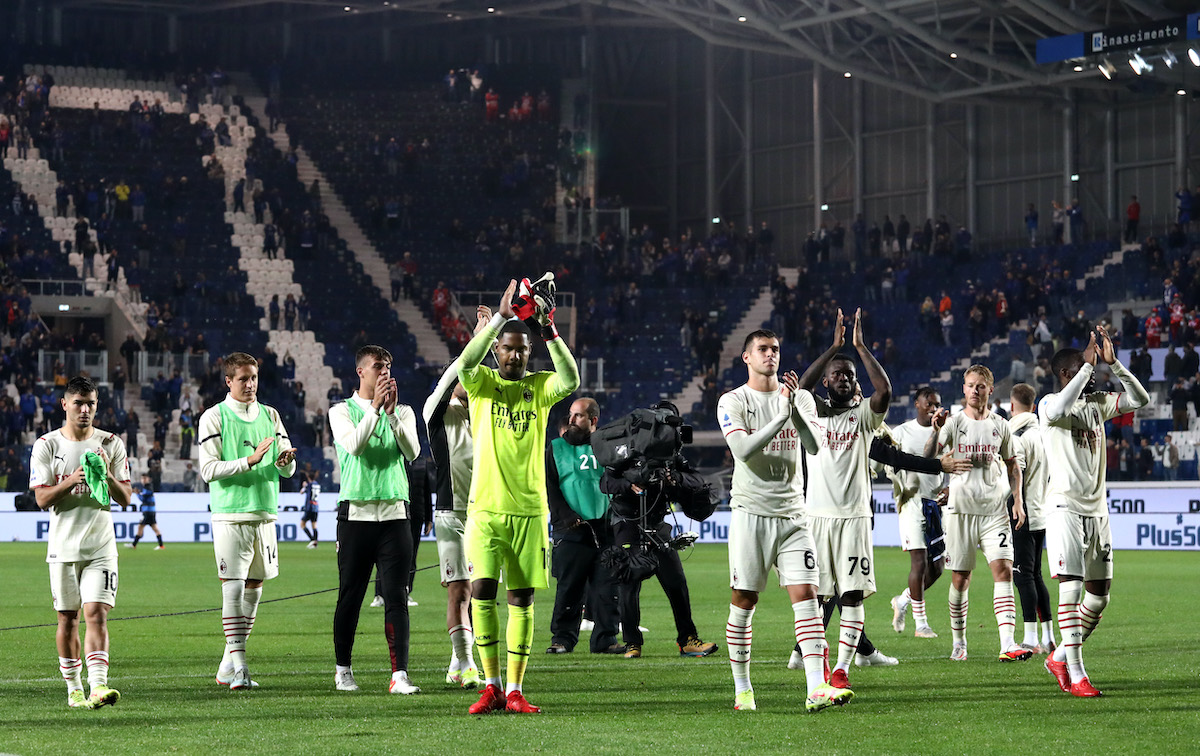 Milan faced a big test in their top four and potential title ambitions on Sunday night as they played Atalanta away from home looking to continue their unbeaten league start.

The Rossoneri were fired up after their psychologically damaging defeat to Atletico Madrid in the Champions League in midweek and looked determined to get all three points from their trip to Bergamo right from the off.

The game started off in the best possible way as Davide Calabria opened the scoring after 28 seconds, and Sandro Tonali stole the ball from Freuler four minutes prior to the interval before finishing like a striker to make it 2-0.

The result forced Atalanta to push further giving Milan more space to counter and that resulted in a third goal courtesy of Rafael Leao, who had a great game prior to scoring too, continuing his good form.

After a controversial call Atalanta were awarded a penalty and managed to get a goal back and ruin a potential clean sheet for the Rossoneri, and they then managed another disputed goal in the 95th minute, but Milan hung on. Here’s what we learned…

Having struggled in most of the early-season games after coming back from a muscle injury and a shortened preseason, Franck Kessie finally had a solid display against his former side as he started in the double pivot alongside Tonali.

The Ivorian did his job well in Pioli’s defensive plan and looked more composed when on the ball as his passing was significantly better compared to previous games this season.

This being said, Kessie had a good game, but is still far from the high level he was last season and has more to do in order to regain that form and more importantly perhaps earn the pay rise he is demanding.

Tonali has certainly been a different level of player this season compared to the last campaign. The former Brescia man keeps getting better and better with each game he plays looking more and more like the obvious first choice in the midfield, at least in terms of current form.

The youngster picked up a a goal to double his side’s lead but also was throwing himself at the ball in his own penalty box to prevent his team conceding a goal. His overall work rate was impressive as he did the job at the back and wasn’t afraid of carrying the ball forward. A brilliant game by Tonali, who deservedly won our Man of the Match in our post-game ratings.

The pace that Milan are playing with is simply amazing and especially in the last couple of games. The Rossoneri have shown to be able to keep up with European’s elite and have proven to be too much for some Serie A teams to handle.

Another side that likes to play with high intensity and a high press is Atalanta. However, the Bergamo side met their superior in the face of Milan as Pioli’s men are just electric when on the ball and even more possessed when not in possession.

The team has been improving in several aspects throughout the past almost two years now as Pioli and the players are at the stage where perfection is the goal in terms of their main tactics, but also being a lot more flexible with changing formations and adapting to different scenarios.

The team have taken things to another level and it’s fair to say that the youngsters are blooming really well. That leaves us asking, what’s next?

#ACMilan lead Serie A for pressures in the opposition half.

Junior Messias made his first appearance as the Brazilian has struggled to get into match fitness since joining from Crotone on deadline day in the summer transfer window. He finally managed to get into the squad and feature in his first game for Milan, which was a proud moment.

His time on the pitch and what he was asked to do weren’t exactly perfect situations to come into, and unfortunately he was the cause for Atalanta’s penalty, but in his first few minutes we saw that he can keep the ball fairly well and it will be exciting to see him fully fit as it couldn’t be expected for him to be in his best shape after just half an hour of competitive play.

He also deserved acknowledgement for a bit of awareness ahead of the third goal, as the 30-year-old decided to leave the ball while stood in an offside position so Leao could charge on and score. That came after Messias had initiated the counter-attack, too.

5. Electric from the left flank

With the right-hand side of Milan’s formation being the more defensive one, it’s fair to say that the left flank are doing their fair share of damage when attacking.

Theo Hernandez has left some questionable performances behind him as he picked up the pace and was crucial against Atalanta. He threaded the ball through for Calabria to open the scoring, and then provided the assist for Leao’s goal later on after a lovely run through the middle.

His partner in crime, Rafa Leao, was a constant threat going forward, taking on his man on several occasions and causing all sorts of trouble for Atalanta. The youngster managed to get his name on the scoresheet with a confident finish into the top corner, which ended up making the difference in the game.

It seems though the two are starting to click on the left and they are both very much in form which is a good sign for Pioli.