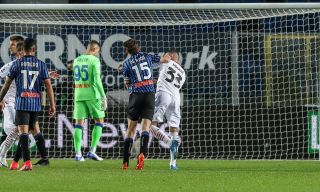 Atalanta midfielder Marten de Roon has been given a four-match suspension for his actions during last night’s game against Milan.

De Roon lost his cool in the third minute of added time after Milan had been awarded a penalty for a handball, as the Dutchman lashed out at Rade Krunic and was rightly given his marching orders before then shoving the referee in the aftermath.

As MilanNews writes, the official press release of Lega Serie A has confirmed that De Roon has been disqualified for four games and handed a fine of €100k by the Sports Judge “for misconduct against an opponent (Eighth Sanction) and for having, at the 48th of the second half, with the game stopped, voluntarily hit the back of the head of an opponent with a fist”.

❗️ OFFICIAL: Marten de Roon gets a four-game ban and a €100k fine for his red card last night and shoving the referee.pic.twitter.com/QKURJ7e2C1