Athletic: Adli move may be proactive as good season for Bennacer ‘could turn out to be his last’ at Milan

AC Milan could well have picked up Yacine Adli from Bordeaux as a potential replacement for Ismael Bennacer, according to a report.

A feature from The Athletic has taken a look at Milan’s summer business and – in addition to praising the bargain acquisition of Fikayo Tomori from Chelsea – they took a look at the management’s decision to sign Adli and leave him on loan at Bordeaux for the rest of the season.

Bearing in mind that he will not feature for Milan until the 2022-23 season, the report infers that there could be some proactive intentions at play from Paolo Maldini and Ricky Massara. The former PSG youth product is ‘an adept dribbler and passer between the lines’ which is very much like Ismael Bennacer offers now.

The Athletic add that the young Algerian is ‘starting to turn a lot of scouting heads’ at Europe’s top clubs, and another good season for him in the midfielder ‘could turn out to be his last’, especially given he has a €50m release clause. 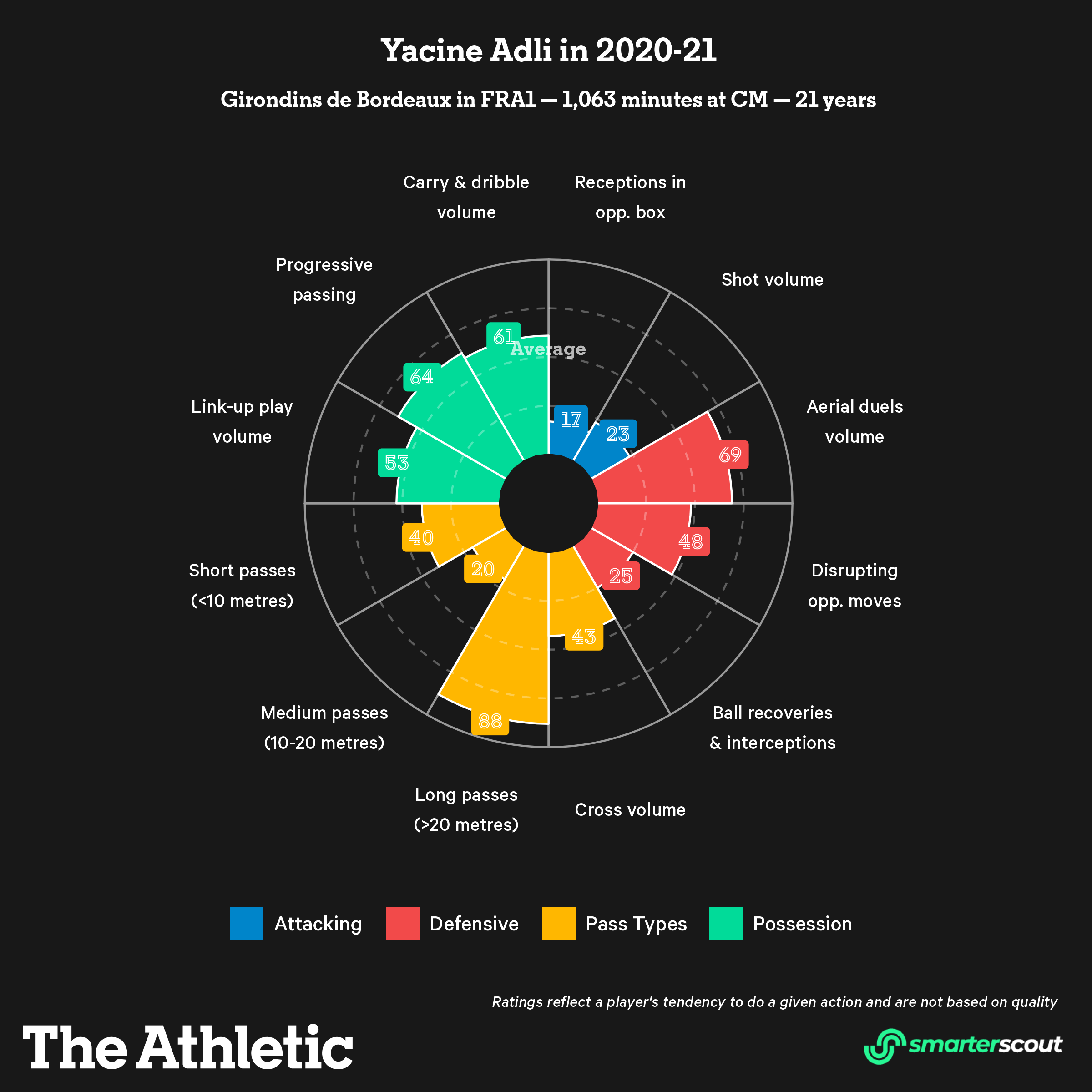