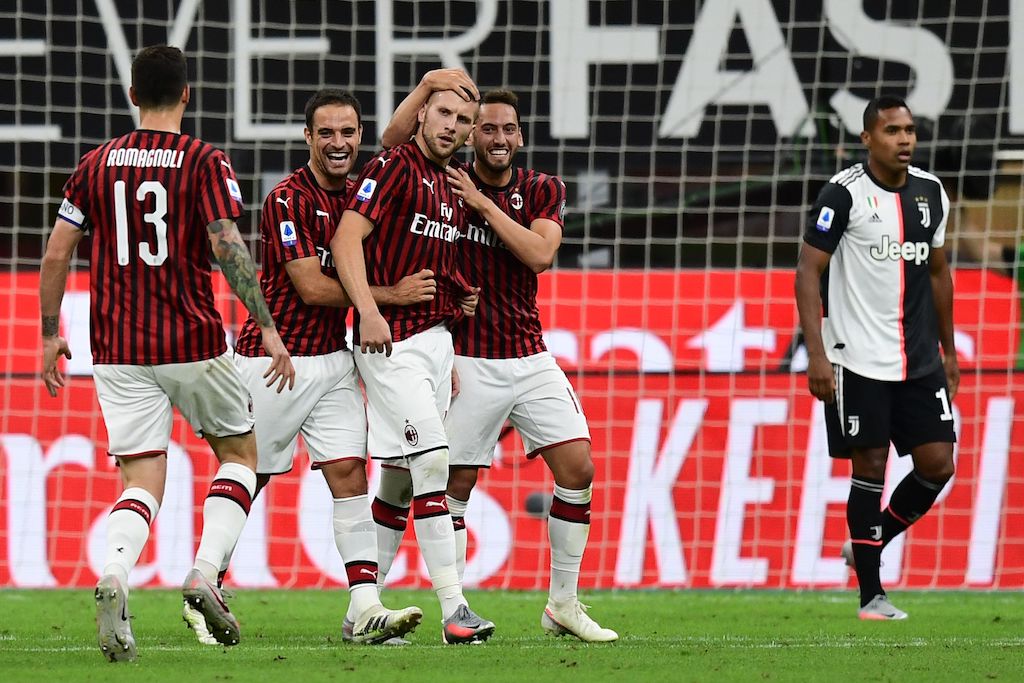 AC Milan have been in fantastic form after the Coronavirus lockdown, having won every Serie A match except for a 2-2 away draw against SPAL. Stefano Pioli’s men are also in a noticeably better physical condition and are looking fresher than ever in the season finale.

The team runs twice as much as its opponents in the recovery of Serie A. It seems more convinced of its possibilities, more compact than ever, but above all athletically at the top. An almost perfect machine running straight forward to Europa League qualification, the minimum objective to save, at least in part, yet another unfortunate season.

The secret of this exploit? The preparation during the forced break. It was in those days of total seclusion that the athletic trainers Matteo Osti, Roberto Peressutti and the collaborators Luca Monguzzi and Marco Vago, who work alongside Pioli and the rest of the staff, sowed together with the coach.

“We planned the recovery as soon as the stop came, but the merit is above all of the coach. He was very good at measuring the competitive tension, adding a pinch of charge day by day,” explains Osti in an interview with Gazzetta dello Sport (via milanlive.it).

“We applied the same strategy, for example not by forcing the times for the preparation sessions on video during the lockdown. It must be noted that in those months each player kept in shape with different tools and availability: there are those who live in an apartment (Donnarumma and Calhanoglu) and those who have more space to train (Calabria and Theo).

“When we saw them at Milanello we faced an objectively uneven athletic situation but individual training allowed us to level the squad and bring everyone back to the same conditions.

“Paradoxically, we have used to our advantage that phase that many other clubs would have wanted as short as possible. In the meantime, a symbiosis had been created between staff and players and everything became easier.

“There is no peak compared to before. If anything we managed to maintain the pre-Covid condition. Now it must remain constant: there is no room for new loads playing every three days. The day after the game, those who have played dedicate themselves to active recovery, getting back on the move immediately. The next day, the next match is already being prepared,” Osti concluded.