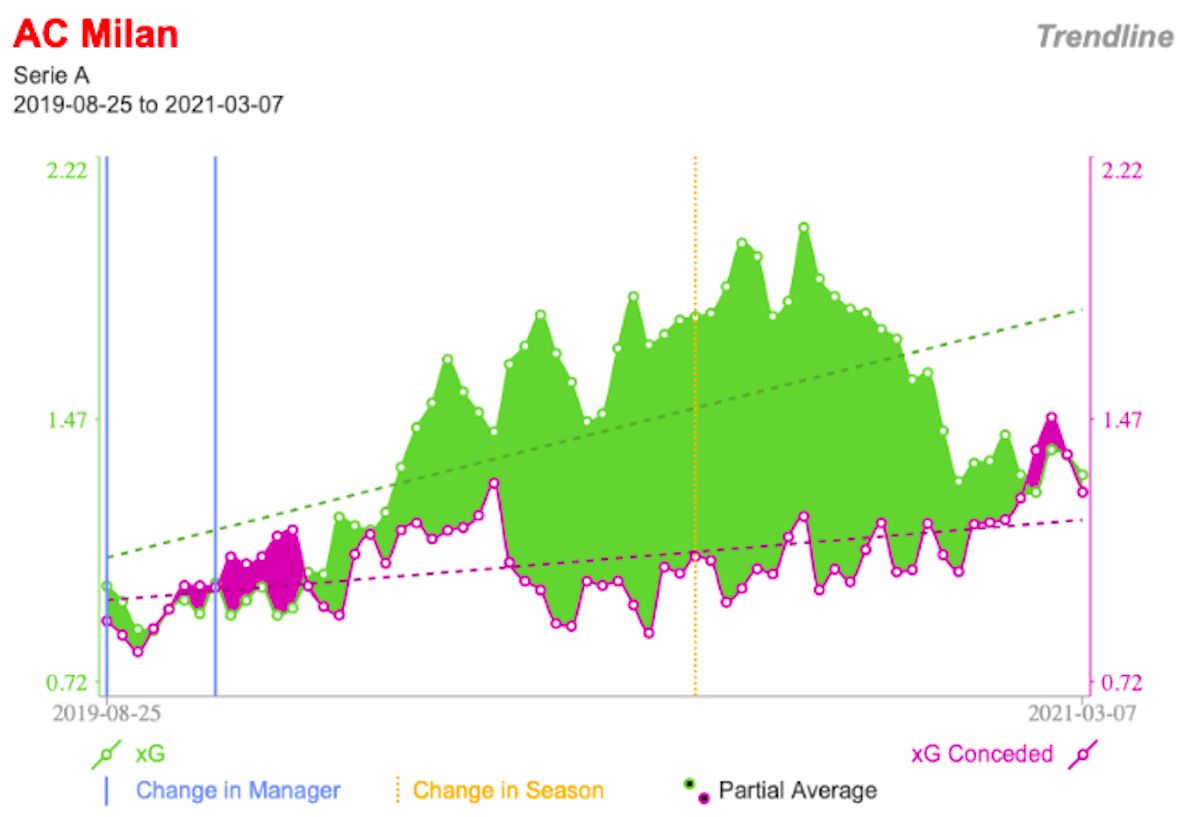 Athletic: Data shows how Milan are Serie A’s most improved side despite injury bug

It is a well-known fact among Milan supporters that the team have improved a lot over the past 18 months despite being ravaged by injuries this season.

That isn’t a generalisation either, and the extent to which that statement is true has been perfectly demonstrated during an article by The Athletic.

As the report states, Milan became only the fourth team in Europe’s top five leagues after Manchester City, Bayern Munich and Real Madrid to clock up more than 100 points since the start of 2020.

The stats demonstrate the improvement, too. Under Marco Giampaolo at the beginning of the 2019-20 season the team had a higher expected goals conceded (xGC, pink) compared to expected goals (xG, green).

When Pioli took over after a disastrous 111-day stint for Giampaolo, his changes began to manifest and the green glut that you can see below shows Milan were generating far more clear chances than they were conceding. The recent dip in form is shown towards the right side. 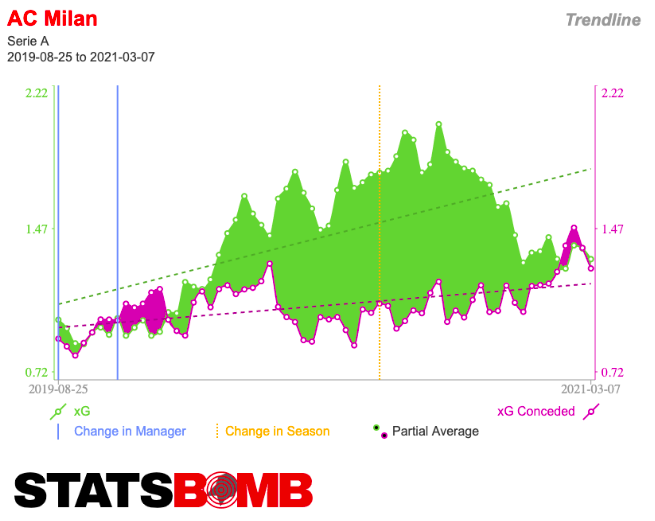 Why the recent dip? Well, quite simply put, Milan have had to battle an injury crisis. As per the data from the article, only Verona and Parma have had more injuries this season than the Rossoneri, who have had 45 different issues to deal with.

While they managed to battle off a big wave of problems in November, it seems that in the second half of the season it has been a bit more difficult. Milan have played more games than any other team in Serie A when factoring in Europa League qualification commitments – 10 more than at this stage last season to be precise – and that adds up. 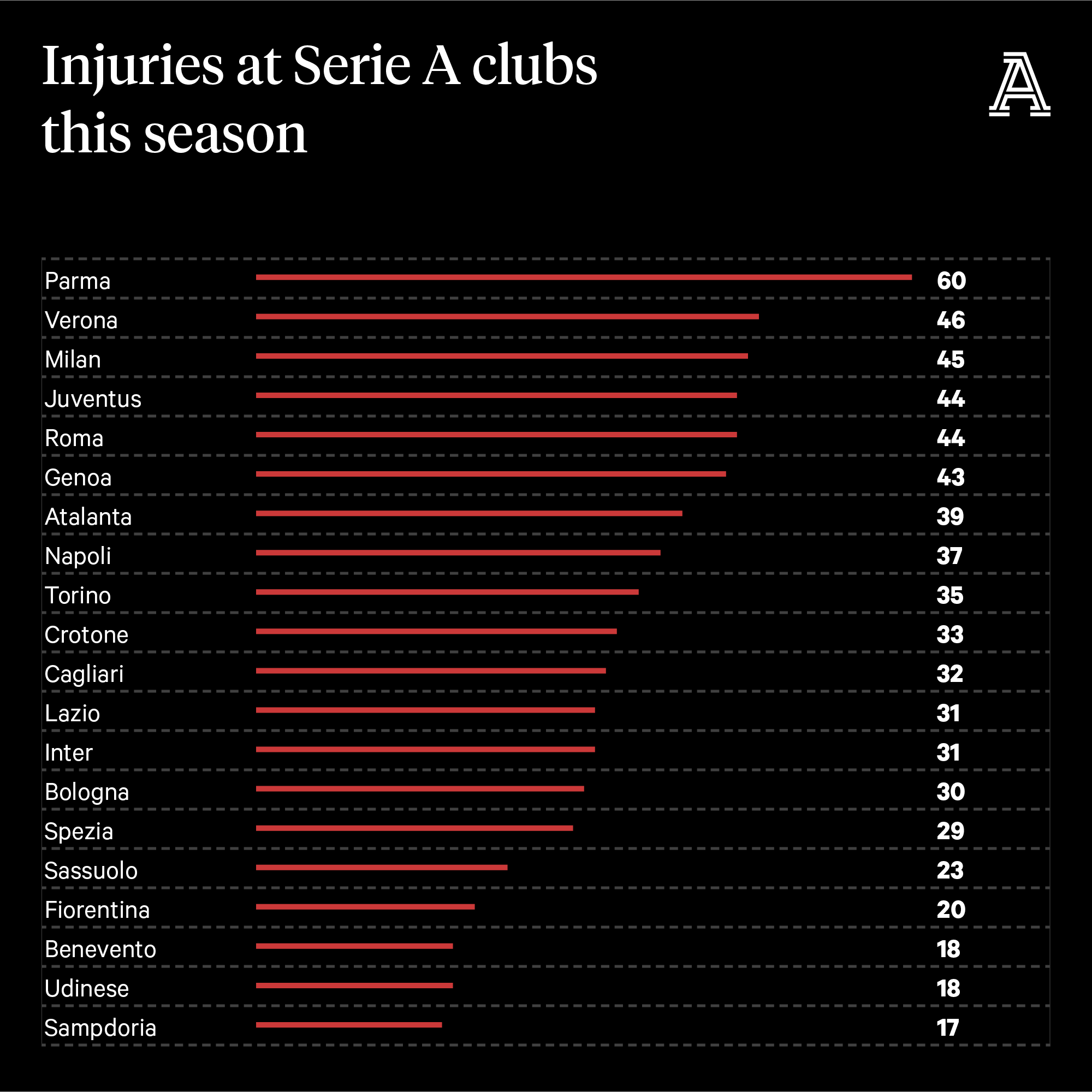 Finally, there is the omnipotence of Zlatan Ibrahimovic, who has left his mark on the team in an incredible way. Only Lewandowski and Haaland – Ballon d’Or candidates in truth – have more non-penalty xG per 90 minutes in Europe this season.

The Athletic did an excellent feature on Ibrahimovic early in February showing how he has redefined his game, which you can read up on here. 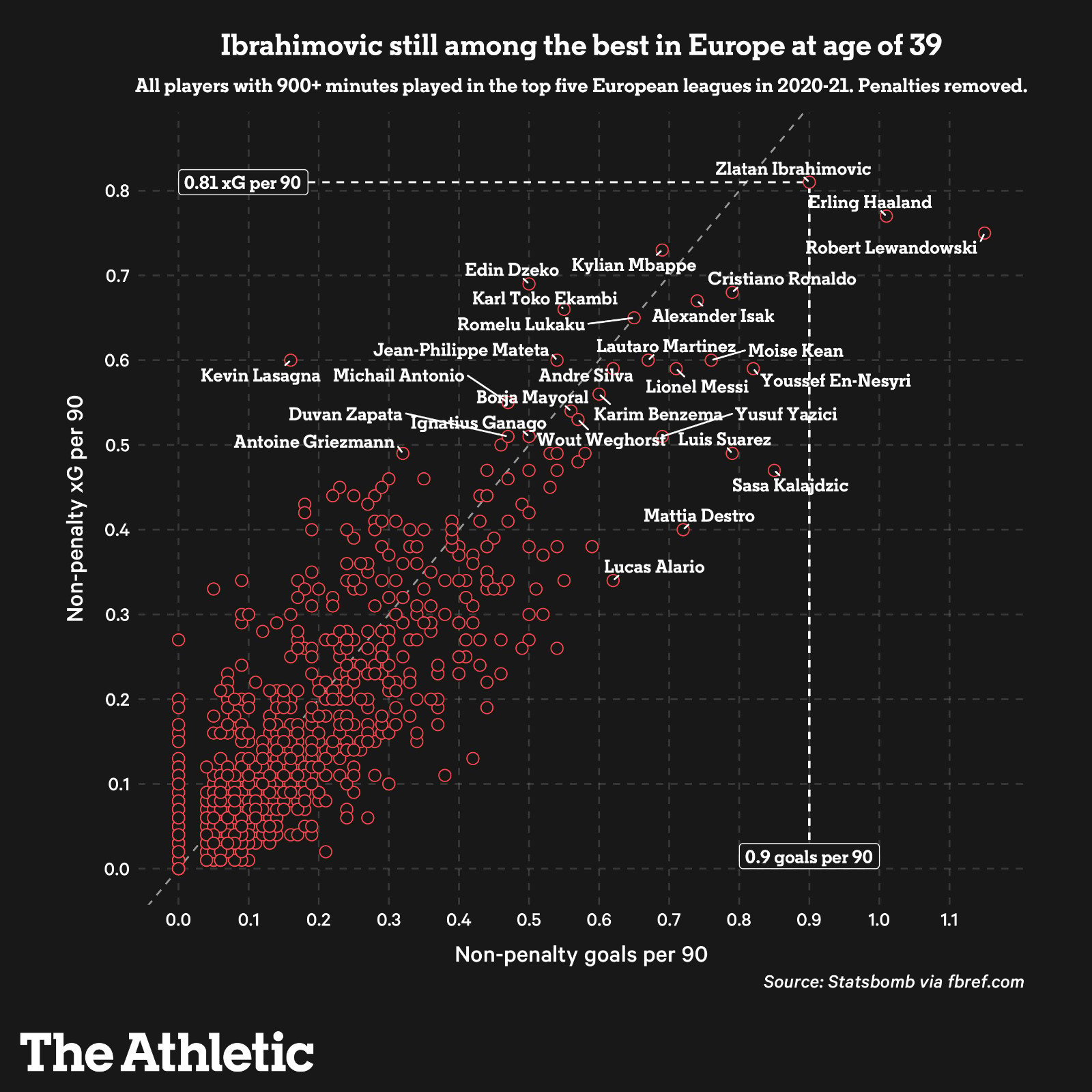