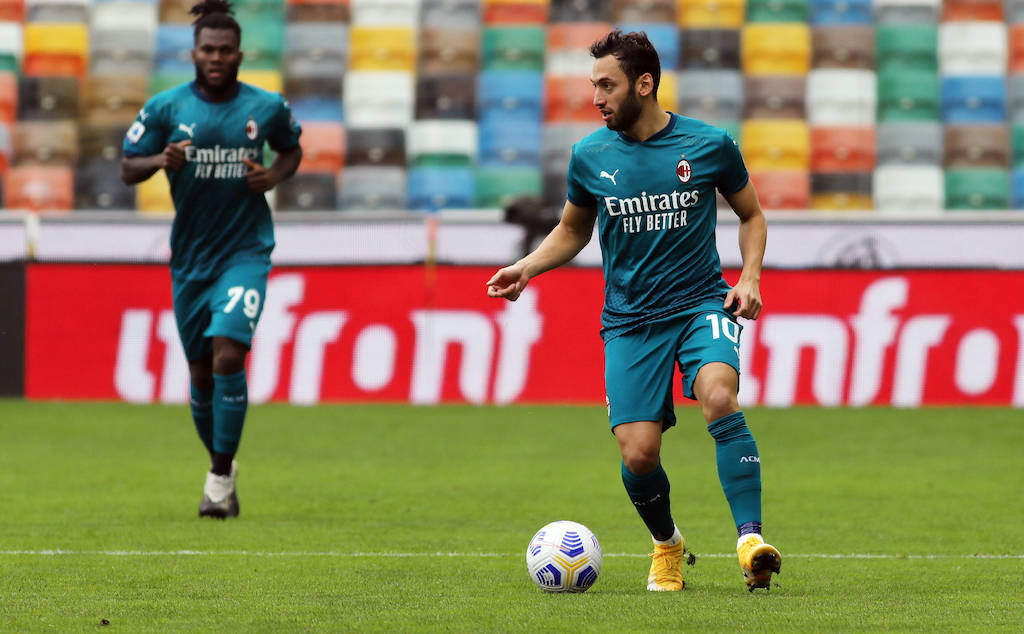 Manchester United are not interested in signing AC Milan playmaker Hakan Calhanoglu despite his agent offering his client to the Red Devils.

Reliable German journalist Christian Falk claimed on Friday that Man Utd are in ‘concrete negotiations’ for the 26-year-old, whose contract with Milan will expire in 2021.

However, The Athletic are now reporting that the agent of Calhanoglu – Gordon Stipic – actually placed a call to United’s chief transfer negotiator Matt Judge to try and find his client some new accommodation ahead of next summer.

Despite this, the Premier League side are not keen on the Turkey international even on a free transfer, most likely because they have made a big splash recently on the likes of Bruno Fernandes and Donny van De Beek.

Number 10 is therefore a position that United are not interested in strengthening any further, hence why they have chosen not to hold any discussions with Stipic about a move for Calhanoglu, who has scored 27 goals and amassed 40 assists in 138 games since joining Bayer Leverkusen three years ago.