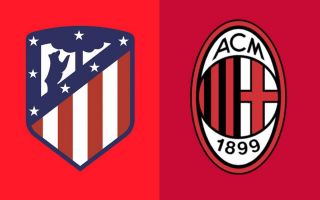 Struggles in Spain and a run of losses: All the key stats ahead of Atletico Madrid vs. Milan

It’s do or die time for AC Milan in the Champions League as they must record a rare win on Spanish soil against Atletico Madrid if they are to keep their faint hopes of progressing alive.

Milan tasted defeat in the league for the first time this season when they lost 4-3 to Fiorentina on Saturday night, and they face a tough task to bounce back against the LaLiga champions, who need a win themselves as they are currently in third spot.

You can read our preview here, while below are the best pre-match stats and facts…

➤ Atlético Madrid have a 100% record against AC Milan in European competition, winning all three of their meetings, which have all been in the UEFA Champions League – 1-0 away and 4-1 at home in 2013-14, and 2-1 away from home earlier this season.

➤ Milan have lost each of their last five away games in the Champions League against Spanish opposition, with the most recent of those being a 4-1 defeat to Atlético Madrid in March 2014.

➤ The last Italian side to win away from home against Atlético Madrid in any European competition was Parma in the UEFA Cup in April 1999 (3-1). Since then, Atlético are unbeaten in seven games when hosting Italian opponents (W6 D1), scoring 16 goals and only conceding three in return.

➤ Milan have only won one of their last 16 games against Spanish opponents in the UEFA Champions League (D6 L9), beating Barcelona 2-0 at home in the Round of 16 in 2012-13. Indeed, they are winless in their last six such games (D1 L5), suffering defeats in each of the last four.

➤ Atlético Madrid have only conceded 19 goals in 40 home games in the UEFA Champions League under Diego Simeone. Among managers with 20+ home games in charge of a specific team, their goals conceded per game average of 0.48 under Simeone is the lowest in the history of the competition.

➤ Milan remain winless in the Champions League this season, drawing one and losing three of their four games in the group stage. Only once previously have they had a run of five games without a victory within the same European Cup/UEFA Champions League campaign (D3 L2 in 2009-10).

➤ Antoine Griezmann has scored in each of his last two Champions League appearances for Atlético Madrid (three goals), and will be looking to find the net in three consecutive games in the competition for the first time in his career.

➤ Since scoring against Atlético Madrid in the reverse fixture, however, Rafael Leão hasn’t attempted a shot in either of his last two appearances in the competition (175 minutes played).

➤ João Félix has been directly involved in four of Atlético Madrid’s last five goals at the Wanda Metropolitano in the UEFA Champions League, scoring three times himself and providing an assist for Antoine Griezmann against Liverpool in October.