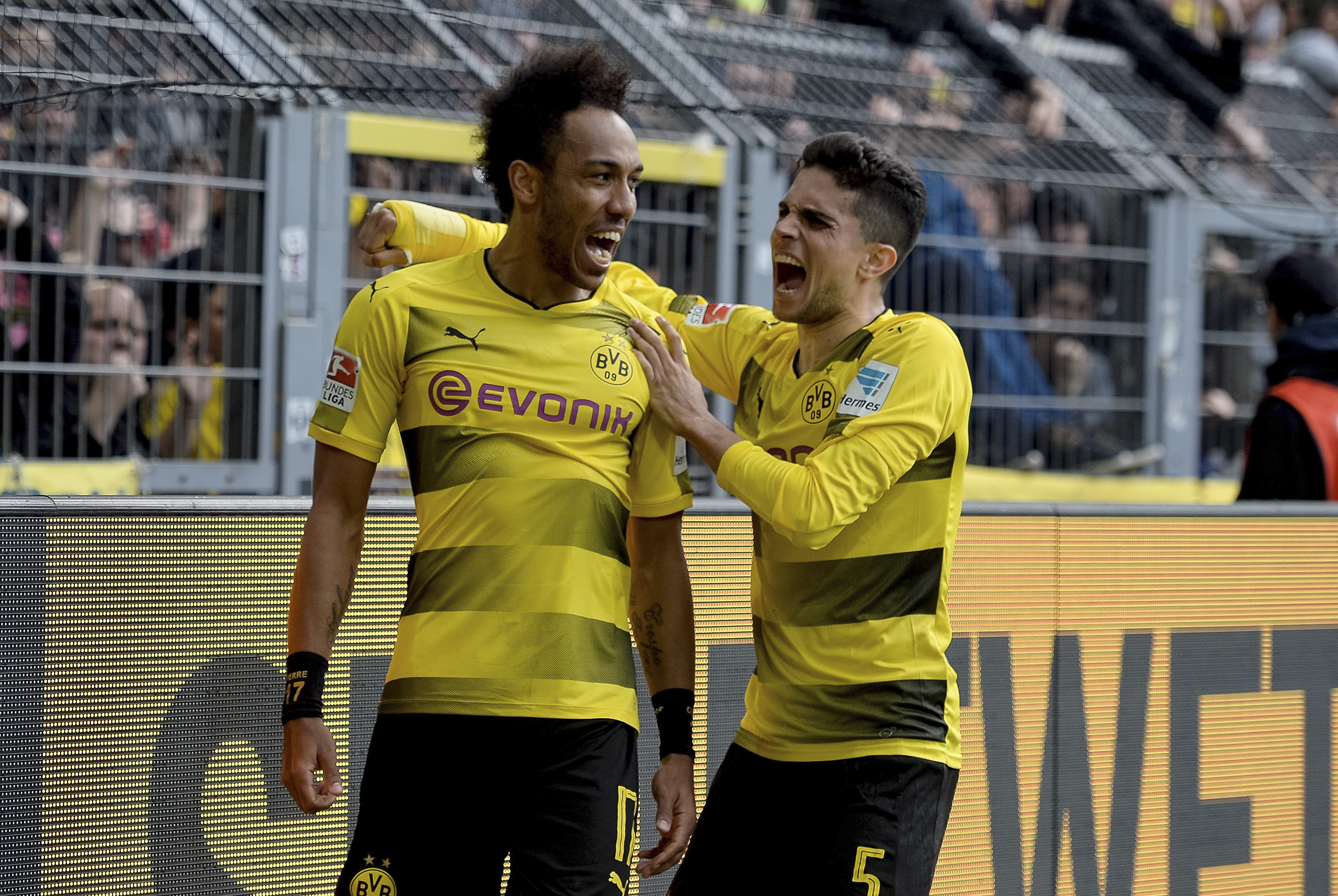 Reported AC Milan target Pierre-Emerick Aubameyang may have dropped the biggest clue yet that he will leave Borussia Dortmund this summer.

The former Rossoneri youth player has been linked with a return to the club under the new Chinese ownership.

Aubameyang spoke to German media after BVB’s last-gasp 4-3 win over Werder Bremen in the final game of the season.

After being asked about his future, the Gabon international stated: “It has not been decided yet, we agreed to meet [the club] after the game and see what to do permanently.

“We’ll see, I will meet with the club next week and make a final decision.”

Reports suggest AC Milan director Massimiliano Mirabelli will be in Germany next week, which fits perfectly with Aubameyang’s comments.

Aubameyang bagged a brace in the 4-3 win, which with Robert Lewandowski failing to score for Bayern meant that it was the Dortmund man who took home the top scorer title with 31 to Lewandowski’s 30.

As can be seen from the video below, even Auba’s translator looks shocked at the statement. It is also worth noting that the striker did the full interview in Italian.