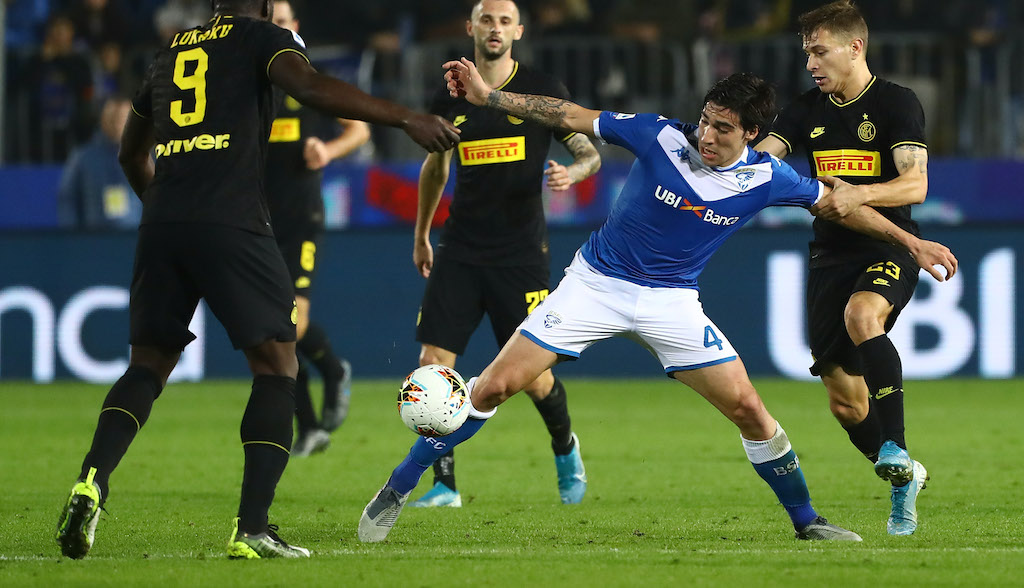 Inter sporting director Piero Ausilio has confessed that the Nerazzurri wanted Sandro Tonali but were unable to afford him.

La Gazzetta dello Sport have gone into the most specifics on the operation, claiming that everything is resolved between Brescia and Milan and the exchange of documents will take place.

Milan will invest a total of €35million: €10m immediately for the loan, €15m for the option to buy and €10m for bonuses. The player will sign a five-year contract with a net value of between €2-2.5m per season.

Ausilio spoke to Sky Italia about Tonali, a midfielder pursued for a long time by Inter but now close to signing with their rivals, and his words were transcribed by MilanNews.

“Inaccurate things have been said, you can’t have a player in your hands when you have never entered into negotiations with a club,” he said.

“[Tonali is] A player we liked, it’s not that Tonali is no longer a good player today because Milan took him. At the moment, Inter is unable to make the investment of that type and at the moment it is not a priority. We have a lot of players in that department, first we have to thin out.”