AC Milan put Sunday’s defeat firmly behind them by opening up their 2017/18 Europa League group stage campaign with a 5-1 win over Austria Wien.

Andre Silva was the star of the show with a hat-trick assisted in large part by Hakan Calhanoglu, who opened the scoring with a stunning strike.

After the Portugal international then added his three goals, Suso scored the fifth with a venomous deflected effort from distance as Vincenzo Montella’s side rendered Borkovski’s goal a mere consolation.

The result means that Milan top the group on goal difference after one game, with AEK Athens recording a 2-1 win away in Rijeka.

The game started very lively for the visitors with some very nice combination play culminating in a second minute volley from Calhanoglu saved from an Ignazio Abate cross.

Milan opened the scoring after Hakan won back the ball at the half way line, passing it on to Kalinic who drove to the edge of the box and laid it off to the Turkey international, who thumped it into the top right corner.

The advantage was doubled off the back of yet another excellent piece of high pressing from Calhanoglu, who did very well to latch on to a slightly mishit pass and play through Andre Silva who slotted it calmly past the ‘keeper Osman Hadzikic.

Vienna had their first real chance of the game from a free-kick routine; but Donnarumma was able to parry the shot out for a corner.

The game was all but sealed in the 20th minute with Calhanoglu was yet again receiving the ball in space towards the halfway line. He then played a wonderfully weighted overhead through-ball to set Silva’s through and he made no mistake, adding his second of the night. 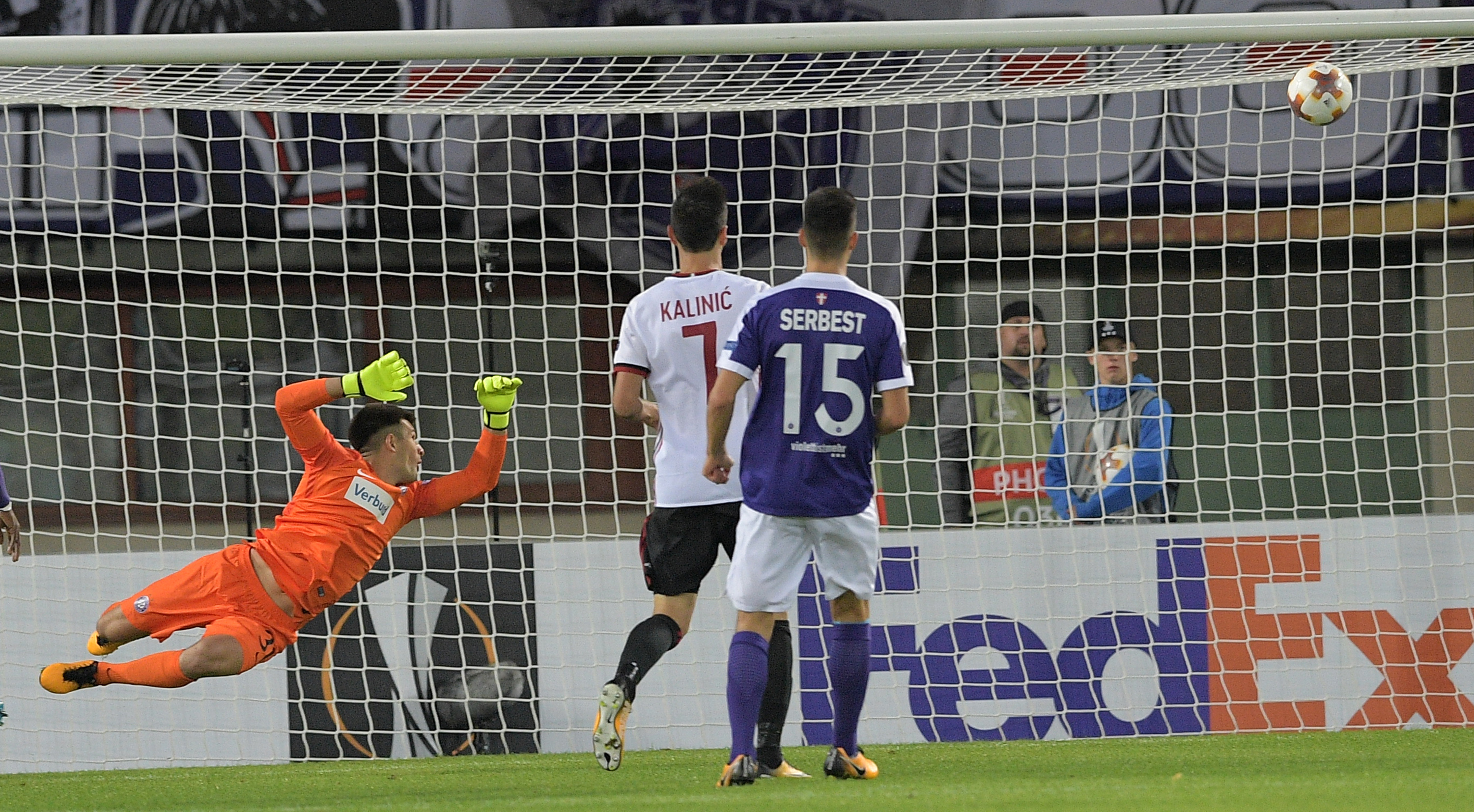 The game’s pace slowed down after the third with Milan having the majority of the possession and Calhanoglu almost added a fourth with one of his trademark free-kicks before half-time.

The Austrian side came out after the break with an extra spring in their step and pulled a goal back in controversial fashion as Borkovic converted an illegal corner off the back of some very sloppy marking from Zapata. Replays showed the ball was clearly away placed away from the corner line.

Milan’s response didn’t take long with Kessie receiving the ball on the edge of the box and exhibiting some of his silky footwork to sidestep a challenge and put through Andre Silva for his first club European hat-trick.

Substitute Suso, who came on for Kalinic just 40 seconds prior, added salt to the wounds with an absolute peach of a striker from 25 yards out. The ball took a slight deflection, but the rampant Rossoneri did not care as the score became 5-1 thanks to an an early claim for goal of the season.

There were penalty shouts in the 72nd minute when it seemed that an Austria Wein defender handled the ball in the area, while Jack Bonaventura came on to make his 100th appearance for the club as Milan ensured a perfect start to the group stage campaign.