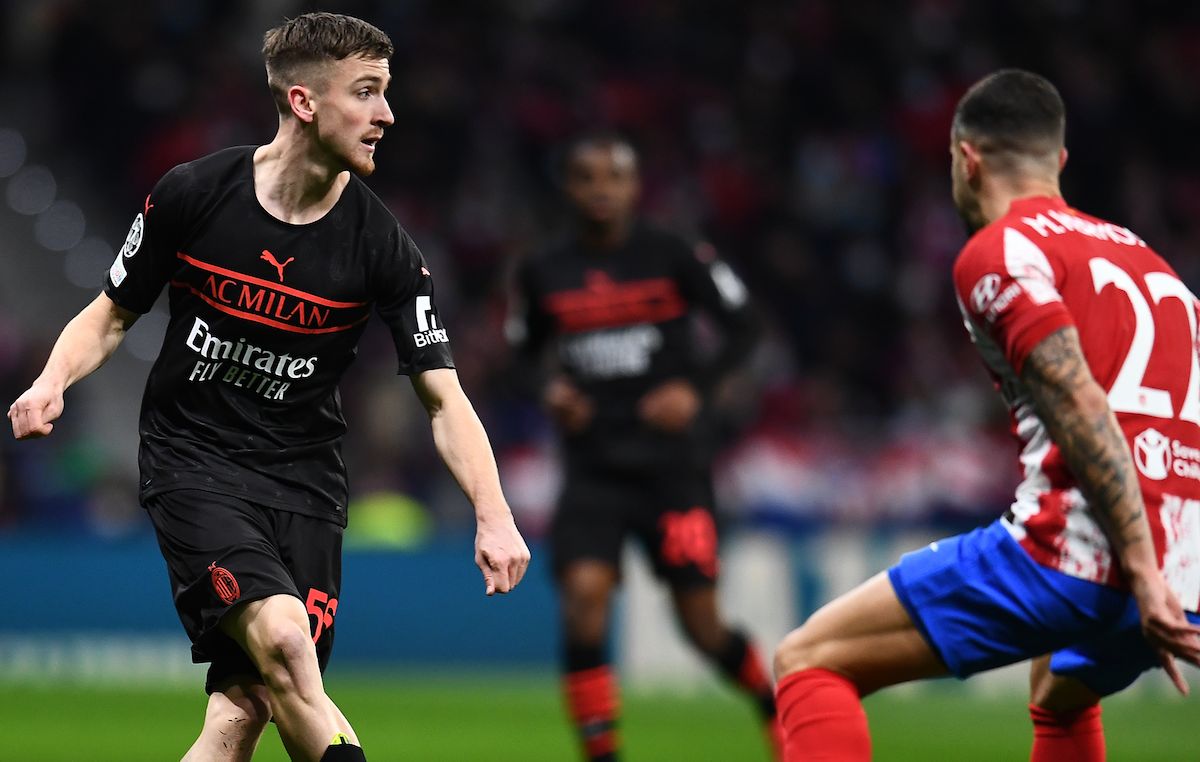 AC Milan got the win they desperately needed at the Wanda Metropolitano against Atletico Madrid last night, keeping alive their Champions League hopes.

This morning’s edition of La Gazzetta dello Sport has the average positions of each of the starting XI for the game, with some interesting points worth noting. The first is that Alessio Romagnoli (13) took up a deeper defensive role in general than his parter Simon Kjaer (24), most likely due to their different assignments in stopping the supply to Suarez and Griezmann, with the latter dropping in more.

The second point is how high up the full-backs were for Milan, and Kalulu (20) was actually further forward overall than Theo Hernandez (19), but both were over the halfway line. The double pivot operated where you might expect, but the cluster of four forwards shows a clear strategy.

The Rossoneri were trying to create an overload down the middle as seen by how narrow Saelemaekers (56), Brahim Diaz (10) and Rade Krunic (33) played relative to the No.9 Giroud. 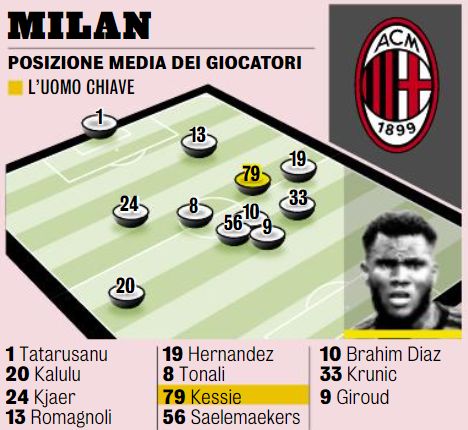 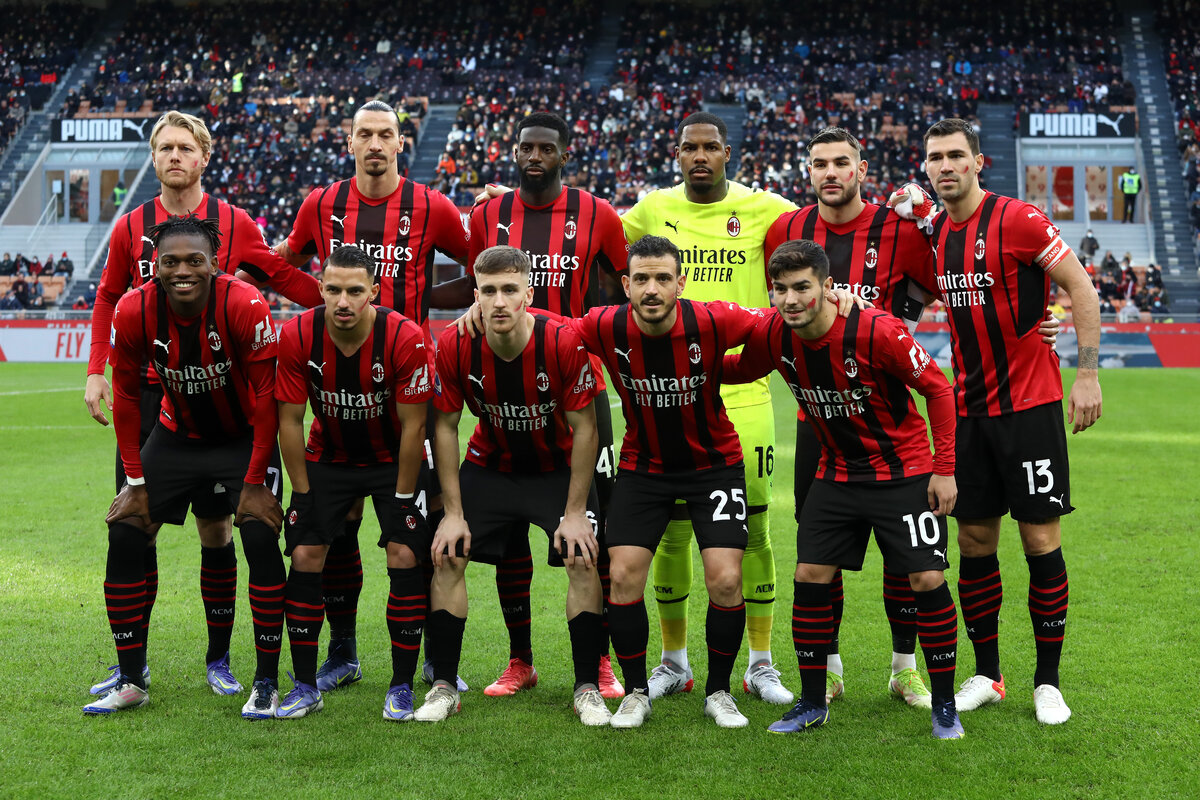