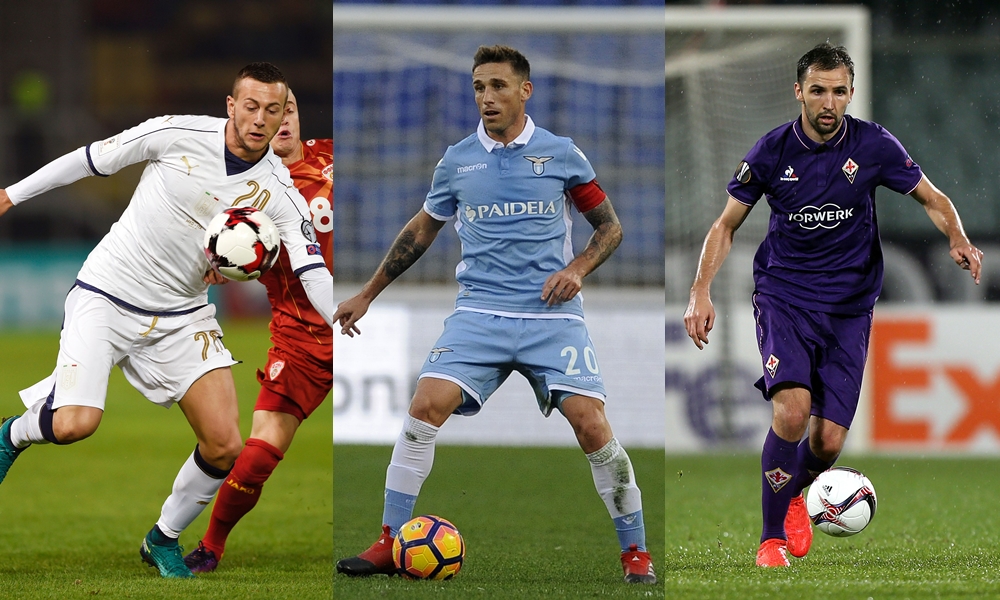 According to Sky Italia, Milan are targeting a number of Serie A stars. Some include Badelj, Bernardeschi, De Vrij, Gagliardini and Caldara.

With the deposit of the additional €100M from Sino-Europe Sports recently arriving to Fininvest, it seems like the Chinese takeover of Milan is all but certain. The new Milan has already set out objectives for the following transfer windows.

Sky Italia claim that Massimo Mirabelli will be in Rome on Sunday to attend Lazio-Fiorentina, in which he will be scouting the likes of Milan Badelj, Federico Bernardeschi, Stefan De Vrij, Lucas Biglia and Keita Balde. Mirabelli is reportedly a big fan of the 22-year-old winger, Bernardeschi. Milan, however, will have to fight off interest from rivals Inter for the youngster.

Atalanta duo, Roberto Gagliardini and Mattia Caldara, are also on the radar of the Rossoneri. Milan have already met with Atalanta regarding the players. Gagliardini has done an excellent job so far this season in Atalanta’s midfield. Caldara would be a similar signing to Romagnoli, as he is also a promising and Italian centre-back. Signing them will be no easy task because teams such as Roma, Inter, Napoli and especially Juventus also want them.

Although it’s unlikely that Milan will show concrete interest in all the players mentioned by Sky Italia, we can already see what the new owners have their sights set on: a blend between youth and experienced players.