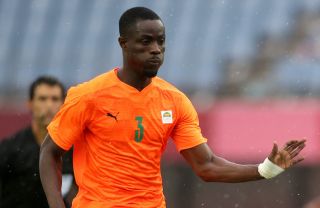 Manchester United are unlikely to sanction a loan exit for Eric Bailly during the January window despite AC Milan’s interest, a report claims.

Sky Sports in the UK are claiming that Bailly is not expected to leave the Red Devils on loan in this window amid interest from Milan because the club are in fact not planning to loan out any players before the market shuts.

The report acknowledges that Sky in Italy are claiming Bailly would be interested in a move to the Rossoneri this month, though the 27-year-old is seemingly going to have his exit blocked by United. He is currently with the Ivory Coast at the African Cup of Nations along with Franck Kessie.

Milan still want a new centre-back and Sky UK add that PSG’s Abdou Diallo is a target for them after Paolo Maldini and Ricky Massara switched targets from Sven Botman, who Lille will not sell this month.