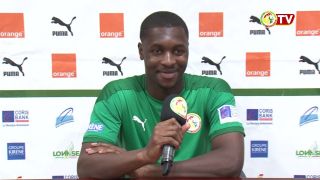 The Senegal national team have confirmed that AC Milan defender Fode Ballo Touré has caught Covid while away on international duty.

Milan have not had much luck on the Covid front since the beginning of 2022 as Ciprian Tatarusanu was the first to come down with the virus, followed by Samu Castillejo and the defensive trio of Alessio Romagnoli, Fikayo Tomori and Davide Calabria, which meant fielding a makeshift defence for the games against Roma and Venezia to kick off the year.

Now, the FSF (Football Federation of Senegal) have published a tweet saying that following the mandatory PCR tests taken this Wednesday – 48 hours before the official match against Guinea – the results of 2 players came back positive.

One of those is midfielder Idrissa Gana Gueye, while they also confirm that  Fode Ballo-Touré’s test came back positive. He will now have to undergo a period of isolation as per the relevant instructions from local health authorities.