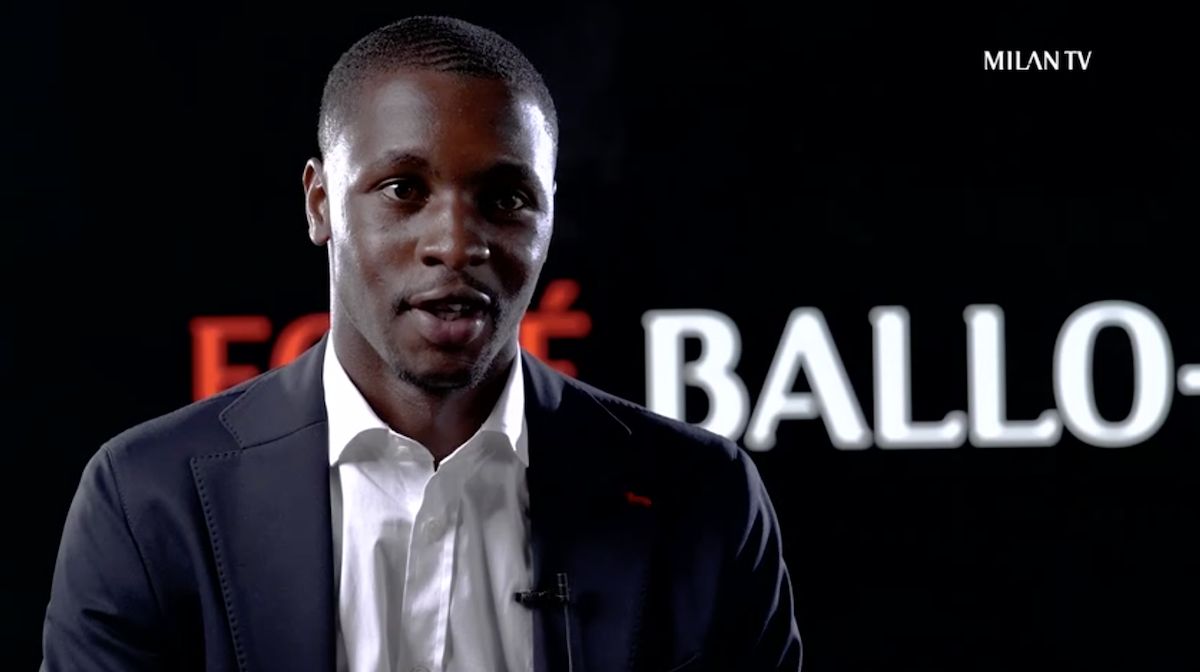 Ballo-Toure pledges to give ‘200%’ as he reacts to Milan move: “It’s something extraordinary”

Fode Ballo-Toure has revealed his delight at becoming AC Milan’s latest summer signing, promising to give ‘200 per cent’ for the shirt.

A statement on the club’s official website confirmed the news reported over the last couple of days by numerous journalists, and announced that defender has signed a contract with the Rossoneri until 30 June 2025.

The club have confirmed that he will wear the No.5 jersey, and he joins Mike Maignan, Fikayo Tomori, Sandro Tonali and Olivier Giroud as the arrivals of the summer so far.

After being officially unveiled as Milan’s fifth signing yesterday  Ballo-Touré spoke to Milan TV and expressed his delight at sealing the switch, with his comments transcribed by MilanNews and translated below.

“At first I didn’t even believe it, for me it’s something extraordinary. When I realised it was true I couldn’t believe it until I arrived in Milan. I was really pleased, I am very happy. It is a dream for me,” he said.

On Theo Hernandez: “He is very strong, he has grown a lot. For me he is one of the most important players in Milan, why not follow in his footsteps?”

On the Senegalese national team: “My mother is from Senegal. I played in the youth teams of France, but then the Senegalese coach called me. For me it was a good opportunity, we understood each other. I wanted to make proud my mother who was born in Senegal and so I decided to represent Senegal.”

On his time at Monaco: “The first year at Monaco was positive, the second more complicated, but despite everything I learned a lot. I understood what to do in order to grow and now I know exactly what I have to work on.”

On the Champions League: “Unfortunately I never played in it. With Lille we finished second and then I went to Monaco, but they didn’t qualify. The UEFA Youth League is a youth tournament, it’s for young people. It’s something. similar, but it is not at the same level. The Champions League is something incredible, I hope to play it soon, to prove my worth and to get as far as possible with Milan.”

On Italy: “I followed them, they are a great team. They surprised me, everyone always says that Italy plays defensively, but I saw them play well and have fun in attack. They deserved to win the game. In the Euros final I cheered for Italy.”

On his characteristics: “I play aggressively, I am fast, determined and strong from a mental point of view. I am a good person.”

On the Rossoneri fans: “I can tell the fans that I will give 200% for the shirt. Even if it doesn’t have to be easy, I hope they support me. In football there are ups and downs, I hope they will want to help me in difficult moments and I will really do everything to be able to make them happy. We hope to have a great season. Forza Milan!”