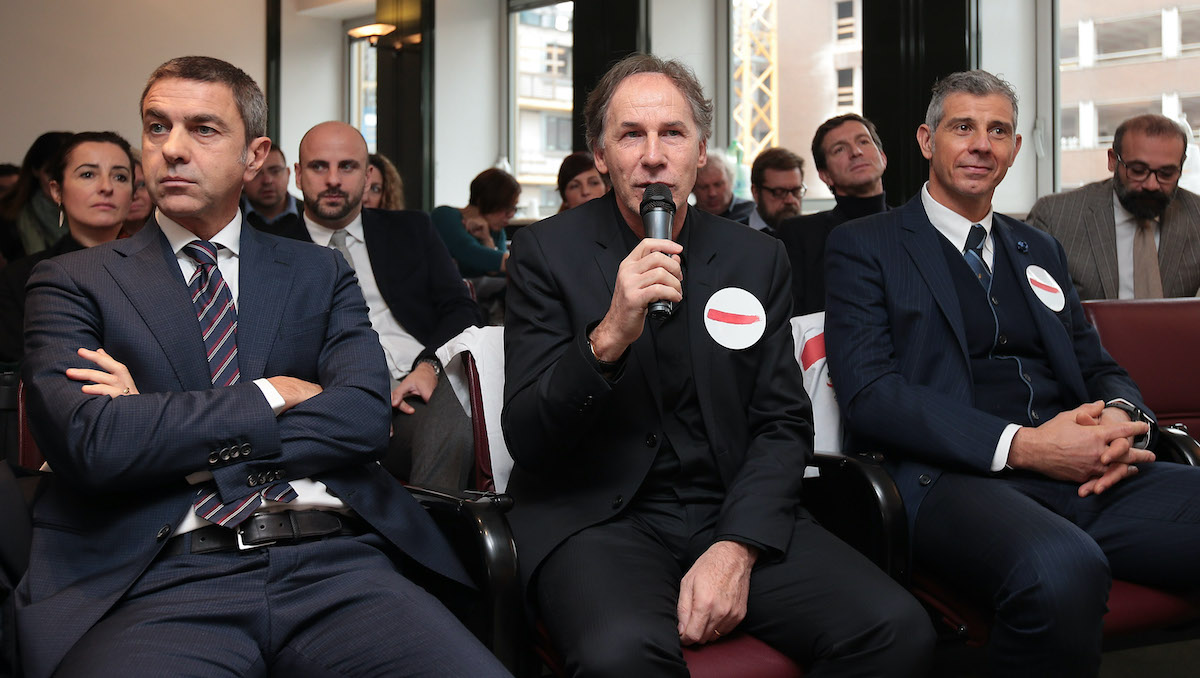 Franco Baresi has spoken about his book ‘Free to Dream’ and about how it should be applied to young players today, as well as giving his thoughts head of the game against Inter.

Baresi is a man who needs little introduction to most Milan fans, as he spent his entire 20-year career with the Rossoneri, captaining the club for 15 seasons. With the club, he won three UEFA Champions League titles, six Serie A titles, four Supercoppa Italiana, two European Super Cups and two Intercontinental Cups.

He is not the honorary vice-president under Elliott Management’s ownership acting essentially in an ambassadorial role, meaning the club are able to draw upon his experience and extensive knowledge of Milan’s golden era in order to try and bring back the glory days.

Baresi is currently traveling around Italy to promote his book and he spoke to MilanNews as part of that, but also discussed the upcoming derby this weekend plus a number of other topics.

Where did the idea of ​​writing a book come from?

“It comes from the fact that at the age of 60 I looked back a little and took stock. I wanted to give a message to young people: you can dream, even in the face of the difficulties and adversities that life can put before you. I wanted to tell the child Franco, where he started from and where he arrived, where I never would have thought.”

Why did you want to call it “Free to dream”?

“I called it ‘Free to dream’ because the free is a bit my role and because you are free to dream. It is the story of a country boy who cultivates his passion and slowly has the good fortune to meet people who help him grow and achieve the dreams he had.

“Free to dream must be the motto of children, young people and even older ones, so that they are able to cultivate the talent they have without letting them pass the passion and enthusiasm, in order to grow in freedom. In every profession it takes courage, mental strength and determination that make you do things that, perhaps, you do not imagine and that make you overcome difficulties.”

Do you think these values ​​still exist in football?

“It is clear that football has changed. The human aspect, however, is always very important: it is the one that must never be lost. Only sometimes we forget it…”

“Milan are surprising; they surprised last year, but this year they are confirming. We are aware and convinced that we must not stop dreaming. Milan must be ambitious and dream big, because we have the qualities. In the league Milan are the team that has the most fun.”

Milan are having a great start to the Serie A season…

“10 wins out of 11 matches is a lot. It is not easy to play even against the last-placed club, it also takes a bit of luck and Milan goes looking for it. The Rossoneri propose, create, have many solutions in the attacking phase: this people like the spirit, there is enthusiasm. This then leads to results.”

Great credit must also be given to Stefano Pioli…

“Pioli was important. During the lockdown he managed to keep the team compact, to involve the players and they were good at being a group: you can see that there is participation and the desire to amaze, to play a football that people like.”

On Sunday there will be the derby against Inter…

“The derby is always special. We have to recover the energy we expended. We will get there aware of our strength, with respect for Inter. We have the weapons to hurt Inter too.”

“In my years the derbies were very hard, difficult and fought. At the end of the 1980s Milan and Inter were very solid and very strong teams, the derby was tough.”

How does Ibrahimovic still manage to be so decisive at 40?

“Let’s ask him (laughs). Seeing him from the outside he impresses, for how he maintains himself, prepares and trains. His mental strength is at the base, he is not satisfied and wants to be up to it.”

In today’s football should there be more players like Tonali, who are willing to give up some money in order to play for the team they support?

“It is something that everyone must feel. It is clear that it is a job, but you play for the fans and for those who follow you: you must not forget it. You must feel your job with passion.”

How do you rate Milan’s experience in the current Champions League?

“We are back in the Champions League after so many years and we have had some good matches. We weren’t lucky, we deserved something more seeing our performances. We are still there with the light on. This experience will help us. We didn’t make a bad impression, we held up, this is a good sign.”

What is the best memory of your football career?

“I have had many beautiful moments. As always, the first European Cup you win, after 20 years that Milan was waiting for it, was a particular emotion.”