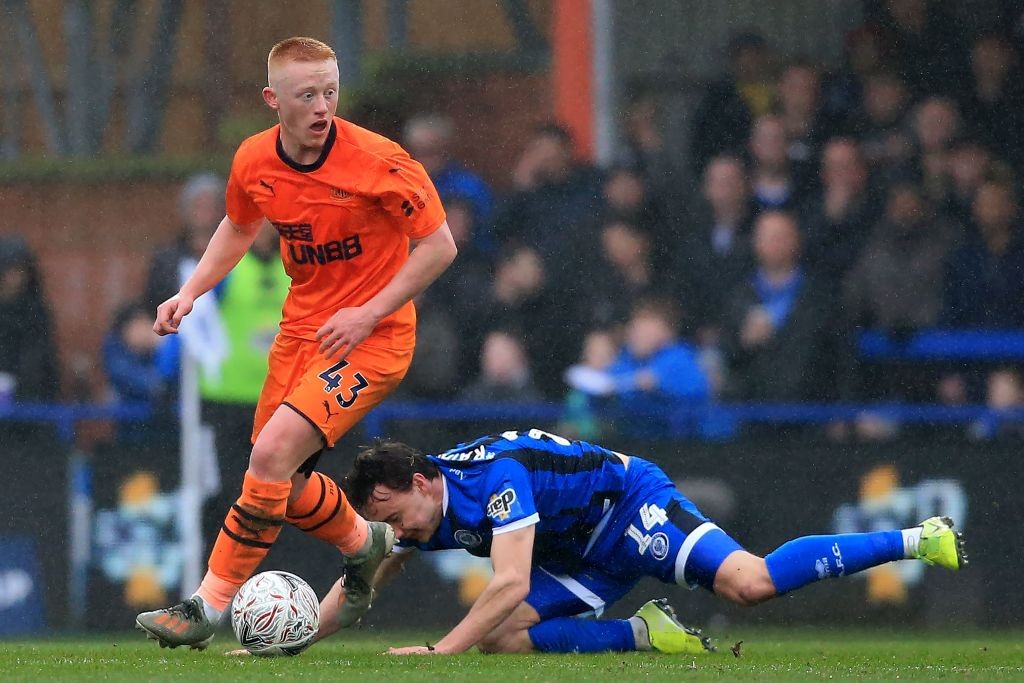 AC Milan and city rivals Inter both want to sign Newcastle midfield starlet Matty Longstaff on a free transfer, according to a report.

The 19-year-old has made seven senior appearances for the Premier League side so far this season having broken into the first team alongside his brother Sean.

He has twice been the hero for Newcastle as his two goals thus far have both come against Manchester United, the first one resulting in a huge three points in front of a packed out St. James’ Park.

According to BBC’s Match of the Day, both Milan and Inter have taken note of the England U20 international’s exploits and are monitoring his contract situation.

Longstaff is still on his £850-a-week development player deal which runs out in June and has not yet penned a full senior contract with the Magpies, which means he is free to talk to clubs from abroad and agree a pre-contract.