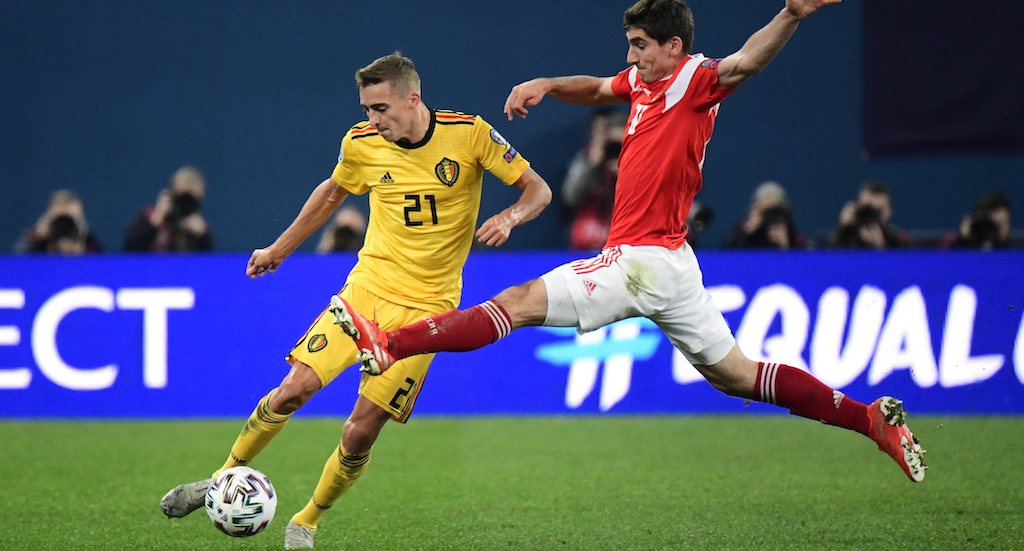 AC Milan are one of four Serie A clubs who are considering a summer move for Atalanta wide man Timothy Castagne, according to a report.

Belgian news outlet Voetbalkrant states that Castagne is considering his future in Bergamo as he has fallen down the pecking order somewhat under Gian Piero Gasperini.

The Italian coach has tended to deploy Robin Gosens and Hans Hateboer in the wing-back slots this season, meaning Castagne has made 19 appearances across all competitions this term.

Inter, Napoli and Roma are also interested in the 24-year-old whose contract with La Dea expires in 2021.

It of course begs the question regarding what the Rossoneri’s tactical approach will be heading into next season, as Milan signed a wing-back from Atalanta back in 2017 in Andrea Conti and he has failed to adapt so far into various formations.

However, the system which prospective new head coach Ralf Rangnick will use remains a mystery, and it is possible he could use a 3-4-2-1.