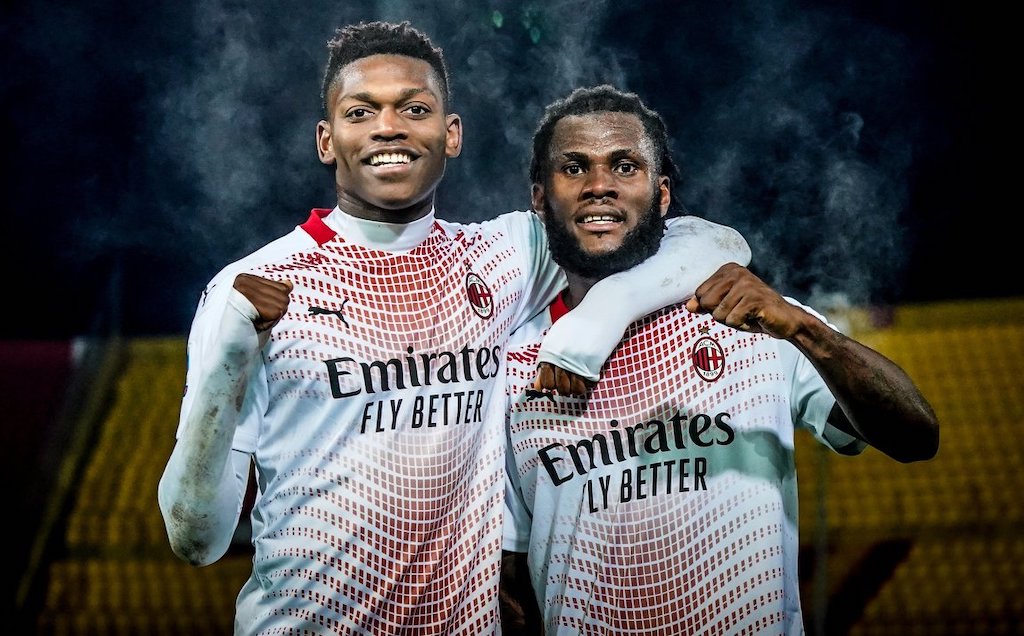 After finishing 2020 in style, Milan wanted to continue in the same old fashion to begin 2021 with a trip to face Benevento.

Absentees were a problem yet again for Pioli with Theo Hernandez suspended, opening space for Dalot on the left. On the plus side, Simon Kjaer recovered for the game and was back into the starting XI giving Milan more stability at the back.

The game started relatively well for Milan with Ante Rebic winning a penalty for his side just a quarter of an hour into the game with Franck Kessie converting it and giving the Rossoneri the lead.

Unfortunately, things got messy after Tonali was sent off due to a clumsy challenge around the half hour mark. Milan then dropped deeper into their half, waiting for the perfect moment on counter-attack.

It was just after half time that Rebic found Leao on the break and the youngster scored an impressive goal to give Milan a two goal-lead and eventually guarantee the three points, after a missed penalty from Caprari.

Simon Kjaer finally recovered from injury and was back in the starting XI against Benevento. Despite being absent for a while now, it did not seem like that as he was crucial for his team’s clean sheet alongside the solid display of his partner Alessio Romagnoli.

The Dane’s experience will be vital for Pioli in the upcoming months and hopefully Kjaer can stay fit without more injury problems.

#ACMilan in Serie A this season:

Rafael Leao has done well when called upon to replace Ibrahimovic and has managed to do so in a better way that Ante Rebic. The Portuguese scored a brilliant goal against Benevento to seal the win and worked a lot in the second half.

Leao already has four goals and three assists in 11 Serie A games which is not a bad number by any measure. However, the problem with Rafael – as it was last year – is his consistency as he looks electric at certain moments and sluggish on others.

This season though, the 21-year-old has been somewhat more consistent and that hasn’t gone unnoticed.

3. On the right path

While the team has been performing at a very high level this season they have barely fielded their ‘first choice’ line-up.

With all the absentees since the beginning of the season including Romagnoli, Kjaer, Gabbia, Bennacer, Rebic, Leao and Ibrahimovic, Pioli has been forced to rotate all the time as every time one player recovered another seemed to get injured. Despite that, Milan have proved to have enough depth and mentality to keep on fighting and stay at the top unbeaten.

We hope that coming in the crucial last months of the season all players will be available for Pioli, but the coach and his players have done an unimaginable and impressive job thus far and Milan are on the right path for the first time in years.

#ACMilan have gained 37 points in the first 15 Serie A games of the season for the first time in the three-points-per-win era.

It was a great defensive display by the Rossoneri and a lot of the credit needs to go to Donnarumma. The keeper was at his very best making a few crucial saves throughout the game. The Italian was also a true leader for his team and was dominant in the penalty box to preserve a clean sheet.

🔒 Another clean sheet for the Don.

What a year it has been for Milan and in particular for Franck Kessie. The Ivorian has grown into a true leader for his team considered unsellable by the management.

Franck has built a solid partnership with Bennacer in the midfield, but with the Algerian absent it was up to Kessie to step up. The game started with him playing alongside Tonali but the Italian was sent off early on forcing Pioli to make a change and include Krunic in the double pivot.

While both Tonali and Krunic were rather unconvincing, Kessie was a dominant force in the midfield helping his team not concede. The Ivorian also scored the first goal of the game through a penalty kick and was close to a second only to be denied by the woodwork.

👊 A goal and a dominant performance.