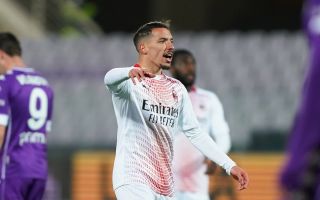 Milan secured three huge points away at Fiorentina this evening, coming back from behind to show off their strong mentality. Ismael Bennacer made his comeback from the injury and looked very good.

The Algerian had been out for quite some time and Milan certainly lacked a player with his characteristics in recent weeks. Therefore, it was very nice to see him back on the pitch, especially since he performed well.

He earned a 7/10 in our player ratings with the motivation that his passing was spot on, coming on and calming things down for the Rossoneri with his comfort. In an interview with Sky Italia, as cited by MilanNews, he spoke about the return.

On the long stop…

“When you haven’t played for three months it’s always difficult, it was difficult for me but now I’m happy because I’m fine.”

On the words of Ibra on the Scudetto…

“We believe in it. We are not sixth, we are second. It is normal to believe in it, we want to win. We will do everything to finish first.”

It was not easy to react after Thursday, a victory of character…

“I agree. We were losing and we won. We did well with a great team spirit and we are very happy.”

Milan will take on Sampdoria after the international break and it sure was important to claim the win this evening, seeing as Juventus lost at home to Benevento. Therefore, the gap is once again a bit bigger.

READ MORE: Diaz names key factor in win vs. Fiorentina and discusses goal: “It was a poacher’s goal”