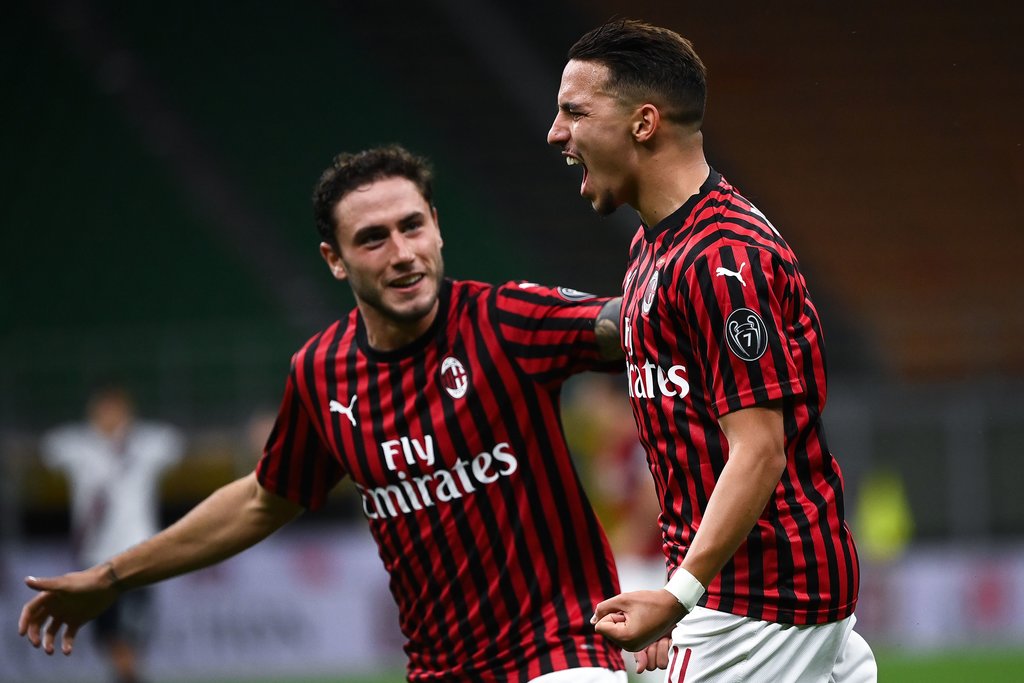 AC Milan clinched an important win against Bologna this evening, completely dominating the game by scoring five goals. Ismael Bennacer managed to get on the scoresheet with a nice finish in the second half.

It was the midfielder’s first goal at the club, having arrived from Empoli last summer. In other words, it meant a lot to him and after the game, he was interviewed by MilanTV (via MilanNews.it) to share his thoughts on the performance.

“I’m happy because I helped the team. Scoring is always nice from a personal point of view. We won and we are happy. I dedicate the goal to my wife and younger brother,” he began.

The Rossoneri are now just one point behind Roma, who will face Inter at the Olimpico tomorrow. The Giallorossi also have Juventus to face before the season ends, but Bennacer assured they won’t get ahead of themselves.

“We must always look forward because in three days, we have another game. There are still four games left, we haven’t done anything yet,” he continued.

As mentioned, the goal seemingly meant a lot to him and when asked about his shirt for the night, Bennacer stated that he will take it home as a display.

“This one will be at home too, close to that of my debut,” he concluded.

Milan next’s game will take place on Tuesday evening, away at Sassuolo who have done really well as of late.