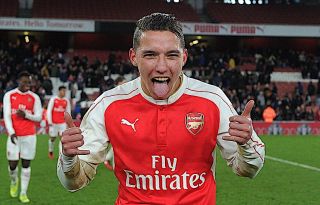 Bennacer reveals why he chose Milan and why he struggled at Arsenal: “I felt crazy pressure”

Ismael Bennacer has become one of the best midfielders in Serie A since his arrival at AC Milan, but it could have been much different for the young Algerian.

Bennacer joined Milan back in the summer of 2019 from an Empoli side that had just been relegated back to Serie B and while many did not expect much from him, he has shown his development virtually every week.

He is now a cornerstone of a Milan side that leads the Serie A standings by five points and has formed one of the best midfield pairings in the league if not in Europe alongside Franck Kessie.

On the day of his 23rd birthday, Goal.com have released an interview with Bennacer in which he lifts the lid on why it did not work out for him at Arsenal, the club he played at from 2015 before moving to Empoli.

He arrived in England at the age of 17 after being born and raised in Arles, and it seems it was just a step too far too soon for him.

“Why didn’t it work there? I arrived in England in July. The first two months I stayed in a hotel because I didn’t want to go and live with a family I didn’t know,” he said.

“I was 17, I was not of age and I couldn’t live alone, so my sister he comes to stay with me. Then Chaines joins me, with whom I had been engaged since school and who would become my wife in England.

“In September, finally, I see the pitch. In the League Cup, against Sheffield: Chamberlain gets hurt, Walcott gets in his place and after two minutes he gets hurt too, so Wenger throws me in. The problem is that he puts a lot of space on the left of the front three: it’s a role I’ve never played.

“I felt crazy pressure on me. I lost a few balls, but I also recovered fewer. After that I didn’t play anymore, but I have no regrets: I trained with important players like Özil and Cazorla.

“I still had a four-year contract with the English club, but I went where they really wanted me. I didn’t know Empoli, but I accepted to go down from the Premier League to the Italian Serie B because that was the club that wanted me most of all.

“The way I did with Milan: I chose them for their history, but even more because his project was the best for me.”