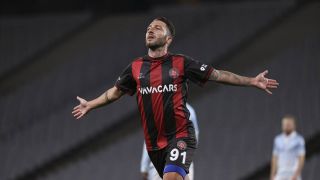 Some former AC Milan players are seemingly running riot in the Turkish Super League. We are, of course, talking about Andrea Bertolacci, Lucas Biglia and Mario Balotelli, all of which had different experiences with the Rossoneri.

Both Bertolacci and Biglia struggled a lot with injuries when they were at Milan. The latter played a lot more games for the Rossoneri, though, but was eventually shipped off as his contract expired.

Balotelli was at Milan in two different spells and the first was more successful than the last, that’s for sure. Having said that, the Rossoneri fans appreciate the striker and the latter has made his love for the club clear before.

Yesterday, Karagumruk beat Basaksehir by three goals to one and Bertolacci had a great hand in that. He scored a brace and his teammate, Biglia, got an assist as well. Balotelli, meanwhile, scored for Adana against Antalyaspor. Bertolacci is now at five goals for the season.