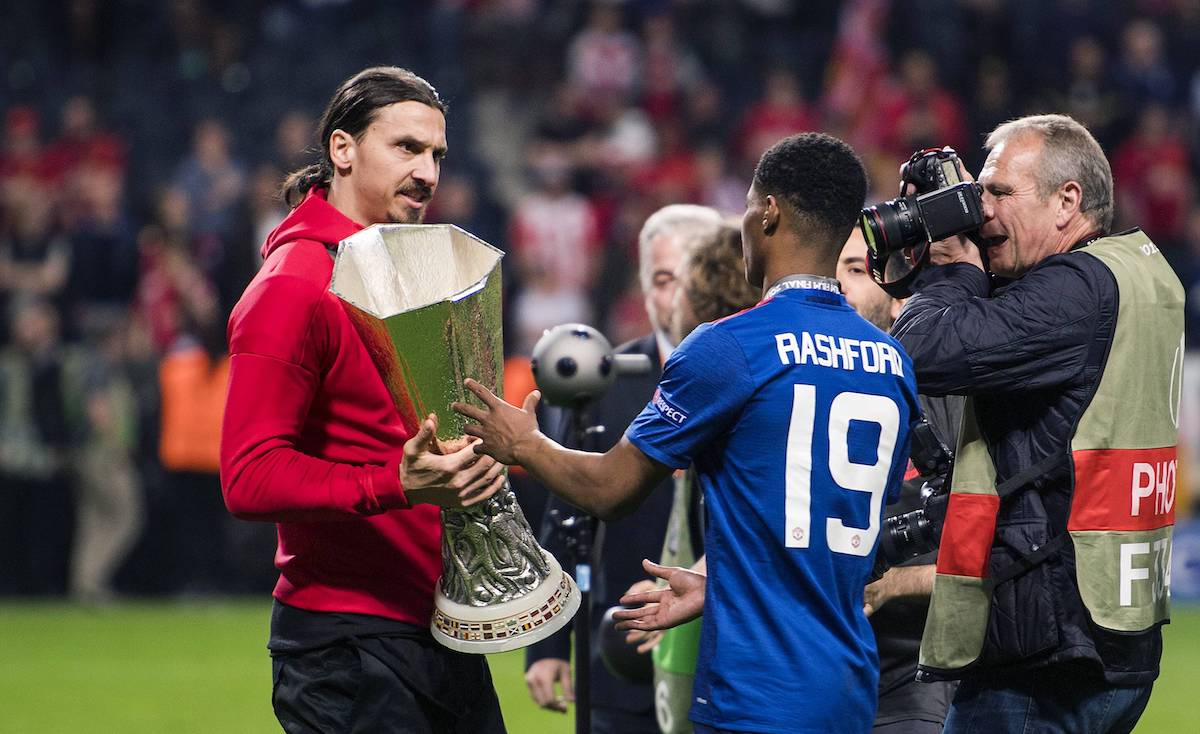 Manchester United star Marcus Rashford owes a portion of his development to the impact of Zlatan Ibrahimovic, he revealed back in 2020.

Back in July 2016, Ibrahimović signed as a free agent for United on a one-year contract, which had the option of being extended depending on his performance for the club. He was handed the number 9 jersey – eventually changing to No.10 – but suffered serious ligament damage in his right knee in the Europa League quarter-final against Anderlecht at Old Trafford in April.

Returning earlier than expected with the famous “Lions don’t recover like humans!” remark, he stayed until March 2018 before terminating his contract and going to play for LA Galaxy, where he stayed until 2020 and eventually returned to Milan.

Rashford first played with Ibrahimovic during the 2016-17 when the Swede was United’s top scorer with 28 goals, as the Red Devils went on to win the Europa League.

“His mentality was beyond anything I’d ever played with before,” Rashford told The Guardian back in April 2020.

“He didn’t care what anyone would say or what anyone was saying about him. In terms of mentality, he was key to my development.

Mourinho was the manager from that summer until December 2018 and while Rashford did not always play, he learned a lot from Ibrahimovic in terms of how to react to that.

“As someone [Zlatan] who’d played under him before, he knew you had to be a certain way to survive under him and that was good [for me, too]. It was tough but, in five or six years’ time, I’ll look back and they’re the moments that give you that mental toughness and make you an all-round player.

“I’ve improved a lot and a lot of it is down to those two years under José. We had ups and downs but, when I look back on it, it was a tough period, but it made me a better player.”