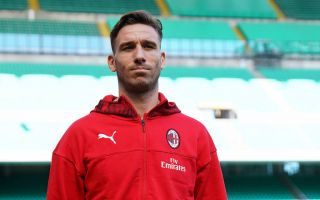 Lucas Biglia has fired a parting shot at AC Milan as he has revealed his belief that instability is stopping the club from returning to the top.

The Argentine arrived with a great deal of expectation during the 2017 summer transfer campaign but has delivered very little, and with his contract – which nets him the second most of any player at the club – set to expire in June he will be leaving on a free.

Reports have claimed that that a return to his home country could be on the cards, where he has already played for Argentinos Junior and Independiente, but there has also been speculation regarding a move to the United States, the United Arab Emirates, Qatar and Saudi Arabia.

The 34-year-old nonetheless is destined to leave Milan after three difficult years, and his farewell will allow the Rossoneri club to save over €6m in gross salary.

Biglia spoke on the Argentine radio show Tanto Por Decidir about his future and about the current state of Milan, with his comments transcribed by MilanNews.

“I am evaluating my future. I do not exclude the possibility of returning to play in Argentina,” he said (via MilanNews).

“Since I arrived, the club has changed ownership twice. Milan will return to being Milan when there is stability in the organization of the club. It will be one of the European powers as before, but it takes time.”