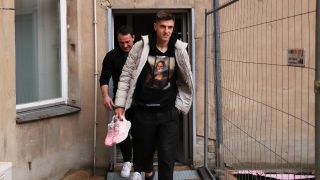 Krzysztof Piatek has arrived in Berlin and is currently undergoing his medical tests ahead of a move from AC Milan to Hertha BSC.

Gianluca Di Marzio claimed on Wednesday that Hertha representatives were in Italy to meet the Rossoneri leadership and present a new, improved bid of €27million plus bonuses – one which appears to have been accepted.

According to Bild though, Piatek will in fact cost the German capital club only €22million plus bonus payments, and will later sign a contract until 2025.

Below is the photo from his arrival…

🏥 Medical tests underway for Krzysztof Piatek ahead of his move to Hertha Berlin.