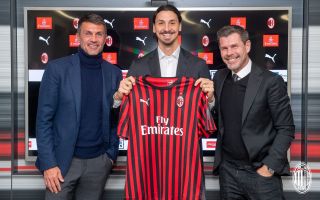 Zlatan Ibrahimovic has been a key figure in AC Milan’s rise in the last two years, going from rock bottom to their best spell since the Scudetto season. And the Swede’s importance is undeniable to Zvone Boban.

The Croatian legend, who used to be the Chief Football Officer at Milan, was behind the operation that brought Ibrahimovic to the club back in January of 2020. Boban has since left the club but his work lives on.

In an interview with the weekly edition of Gazzetta Dello Sport, as cited by Calciomercato, he spoke about the Rossoneri and the arrival of Ibrahimovic. He made it clear that the 40-year-old earns his salary even if he’s not playing.

“Ibrahimovic? With him, everything has changed. Salary earned? Without the slightest doubt. On and off the pitch, his presence is essential. Obviously, I know how much he suffers from not being able to play, but he remains fundamental for what he transmits and for how he is making the young people around him grow,” he stated.

Ibrahimovic has only made one appearance this season and it was against Lazio, as he came off the bench and scored. Hopefully, he could make a few minutes against Hellas Verona next weekend, at least that’s the goal.