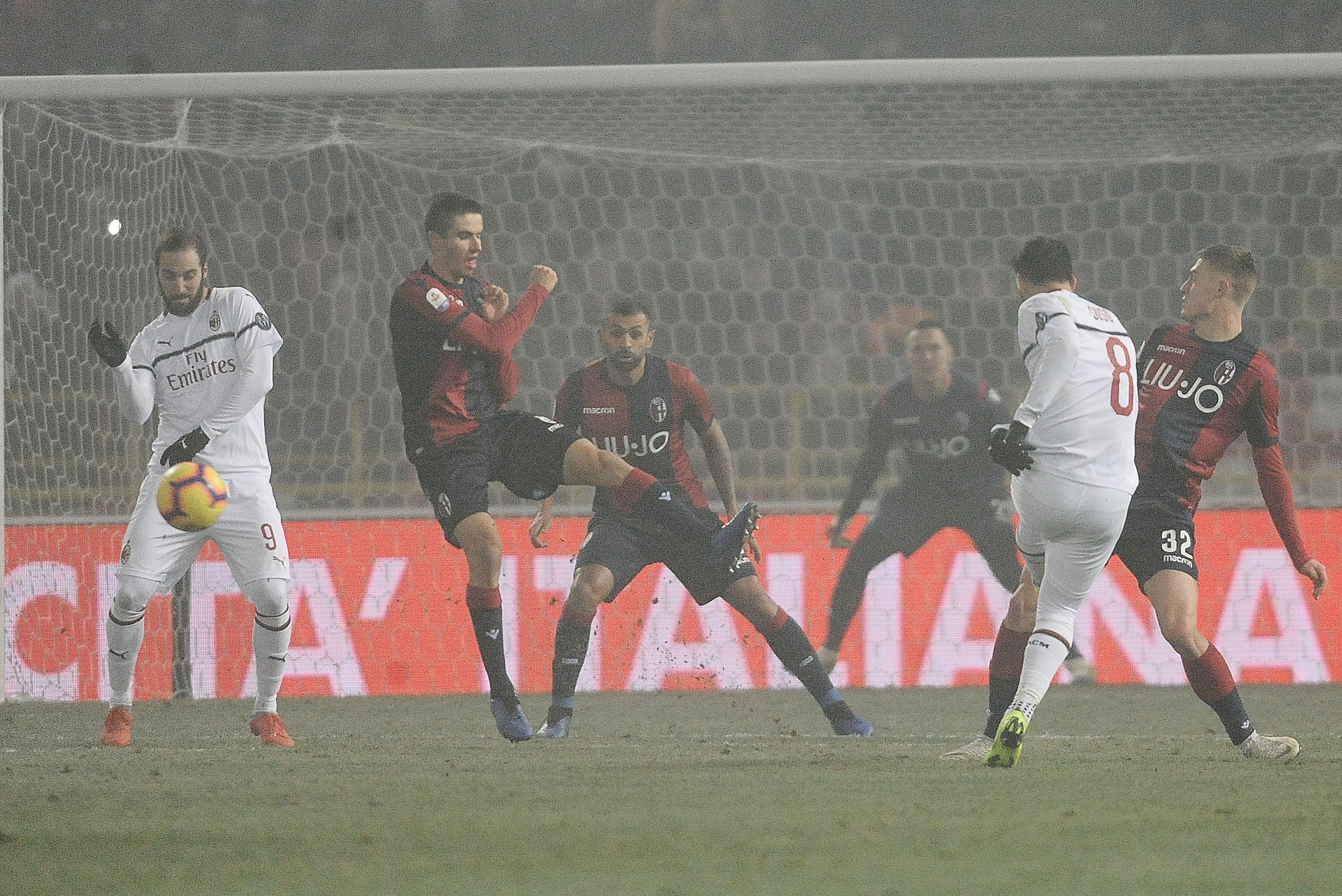 AC Milan missed an opportunity to add to their lead in fourth place by being held to a 0-0 draw by Bologna.

The Rossoneri had plenty of opportunities in the opening 45 minutes, but failed to convert any.

Tiémoué Bakayoko was shown a red card in the second half for receiving two cautions, but nothing else of note happened in a poor game.

The visiting side, playing in their away white shirts, had the majority of the possession early on – firing wide through Gonzalo Higuain and Hakan Calhanoglu inside the opening 17 minutes in a tepid start to the game.

The Argentine had another chance just after the 20-minute mark, firing a low shot straight at Skorupski after a Suso feed had bobbled its way to him.

Higuain once again tested the Bologna stopper with a fierce low drive, and again Skorupski was equal to the effort, though this time he had to extend to his right to make a smart save.

Gianluigi Donnarumma was called into his first real save in the 27th minute, palming a Rodrigo Palacio shot from distance to safety.

In a second-half that was completely bereft of chances, Bakayoko was shown a second yellow card with around 12 minutes to go for bringing down a man on the break.

Donnarumma was called into a save by Mattia Destro in the closing few seconds, but in all honesty the Stadio Renato dall’Ara could host 100 games and see 99 better than the one on Tuesday night.