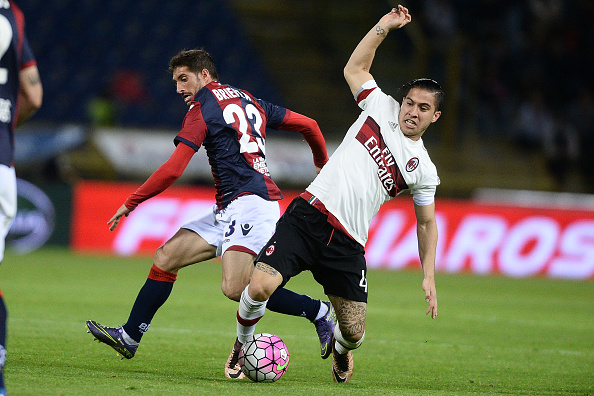 Bologna 0-1 Milan: The Good, The Bad, And The Ugly

The unthinkable has happened. Against all odds and rational thinking, defying all expectations, AC Milan has won a match.

This is just the second time in 10 fixtures that the Rossoneri have emerged victors, and the first time in the past four matches. Courtesy of a Carlos Bacca penalty, a 1-0 result in Bologna secured three points for Cristian Brocchi’s side. In order to move back into sixth place, and therefore a Europa League qualification spot, Milan must now defeat Roma and have seventh-place Sassuolo drop points against Inter.

The victory came as a pleasant surprise to many fans, a large group of which had written the team off by the time Brocchi’s starting 11 took to the pitch against their newly promoted opponents. After draws with Carpi and Frosinone and a loss to bottom-of-the-table Hellas Verona, the expectation was that the game with Bologna would yield a similar outcome.

Milan managed to rally some dignity together though, perhaps under the threat of some unknown consequences behind closed doors. Though Bologna came close to drawing level late in the game, the offside flag saved Milan from adding another embarrassing result to the club’s growing repertoire.

Unlike some of the matches over the last couple of months, the victory over Bologna was neither particularly good, nor particularly poor. It, for all intents and purposes, was just “there”. A solidly average display, one that did not yield much material for the Ugly section, but didn’t contain many good qualities either.

Though there were not any new developments in Milan’s slew of major faults, one recurring and crucial issue reared its head once more. Milan have not been phenomenal in front of goal the entire season, sitting ninth in goals scored. In the last ten matches, however, this problem has been highlighted more and more. Netting just eight strikes since the victory over Torino in February, Milan has also been held scoreless an unacceptable three times during this timespan.

Though the team’s pass succession in the final third was at worst mediocre, when it came to closing out the match, the Rossoneri proved incompetent.

Despite completing 143 out of 181 passes, only nine chances resulted from them. From these nine chances, only four on-target shots materialised, none of them scored. It took a mistake from Bologna’s goalkeeper to give Bacca the opportunity to score from the spot, and bring his team three points. 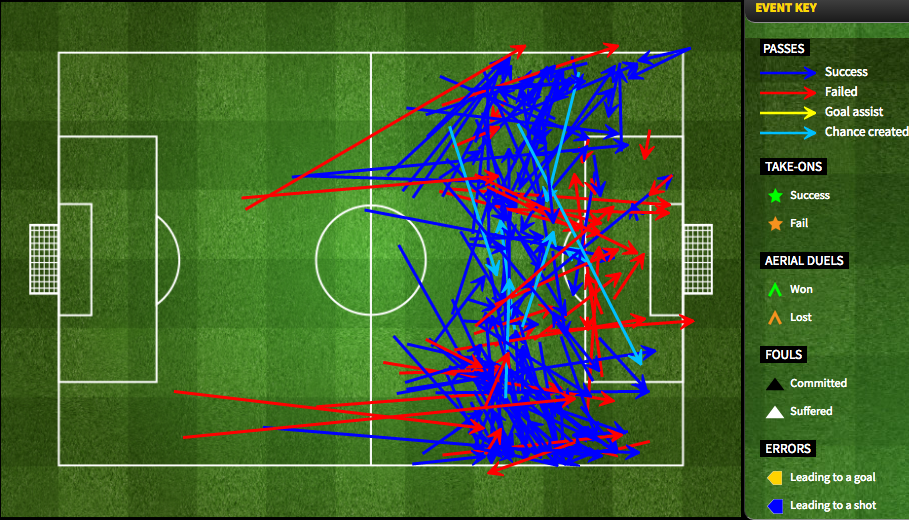 Final third passes against Bologna. Note the sea of incompletion near the box

The continuing inability of Milan to string together consistent open-play goals has greatly hurt the team, as tactically astute clubs have time and time again shut down Milan by closing opportunities to craft easy-to-convert chances.

One of the obviously good things to come from this match is the three points. Arriving at a crucial stage in Milan’s bid for continental competition, it has lifted a load off the players’ shoulders, who can now go into the final game of the season with some level of confidence. Though Milan still cannot afford anything but a victory against Roma, coming off the back of a win will surely bring an extra bit of confidence to the crucial finale.

Luiz Adriano, who many did not have faith in after seeing his name on the team sheet, fully justified his inclusion.

Winning the goal-resulting penalty in the first half, the Brazilian was a constant nuisance to Bologna’s back line. Solid in the air and making efforts in front of goal, though Adriano was unable to convert his chances, his work ethic and determination were welcome sights. Furthermore, he showed that in the event of the departures of both Bacca and Balotelli, he will be a capable squad player. He will never be the same type of star he was at Shakhtar, but making solid appearances whenever called on will keep him as a very useful member. 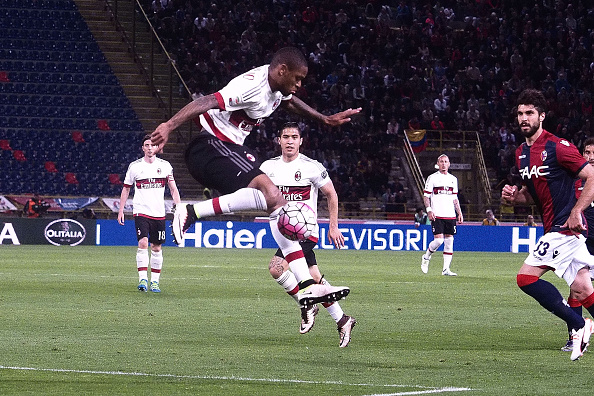 Philippe Mexes also provided an above-average level of play. Filling in for defensive stalwart Alex, Mexes was paired with youngster Romagnoli as the team’s veteran defender. Coming close to scoring several times across the match, the Frenchman tested the goaltender more than any other player. Defensively, he was not spectacular, but neither was he subpar. He held his own and applied pressure to Bologna attackers, while also keeping Romagnoli in line. The veteran presence has massively boosted the Italian’s game this season, and having Mexes next to him meant the 21-year-old played with improved confidence.

Though Mexes could be departing the San Siro in the summer, letting him go would not be a prudent move from the management. With Alex all but gone after his contract expires, Milan will be in need of a seasoned veteran to set an example for the younger players and act as a leader in the back line. Romagnoli could do this in time, but for now, Mexes is the best available option. He has grinta and he’s committed, and what he lacks in ability he make up for in determination.

One of the disappointing pieces in the Rossoneri set up this weekend may come as a surprise for some. Despite scoring the winning penalty, Bacca continued his streak of mediocrity.

Without an entourage of players all providing for him the Colombian has been falling short, proving to be one of the most disappointing fixtures in the squad over the course of the last two months.

With Niang’s recovery Bacca would surely pick up scoring again next season (assuming both players remain with the Rossoneri through the summer), but for now, perhaps dropping him for Balotelli against Roma this weekend wouldn’t be as terrible of an idea as it at first sounds. 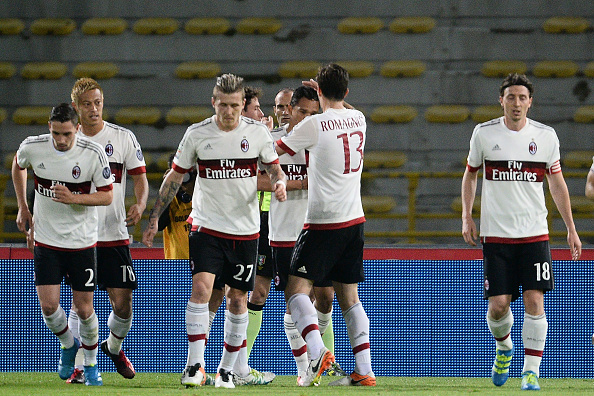 Mauri and Kucka also did not provide much material for praise. Mauri’s performance was somewhat excusable, as this was just his fifth appearance the entire season, and being rusty is expected. Kucka, however, has to be better in the final match of the season. He showed that he can be stellar earlier in the campaign, but recently has played at a lower level than hoped for. Against Roma every Milan man on the pitch will have to be at 100%, and Kucka’s ability to influence the flow of the game will be needed to secure sixth place. 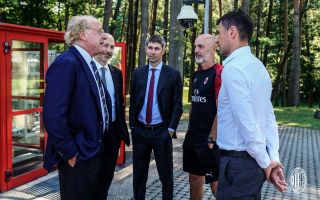