It was an explosive start from the Rossoneri. Within the first five minutes, Paletta’s cross was headed down by Emil Krafth into the path of Gerard Deulofeu, whose shot was just about saved by Angelo Da Costa with Pasalic blazing over the rebound.

The hosts responded with Ladislav Krejci, who went on a surging run but Gianluigi Donnarumma rushed off his line to prevent the danger.

Just after the half an hour mark, Alessio Romagnoli had to be replaced through injury after hurting his thigh. This is yet another Milan player lost through injury.

Only six minutes later another one of Milan’s starting centre-backs left the pitch but this time because of a second booking. Milan were reduced to ten men after Gabriel Paletta’s trip on Blerim Džemaili just outside the box.

Shortly after the interval, Bologna had two quick fire chances first from Mattia Destro and then Adam Nagy however both shots were blocked by substitute Gustavo Gomez.

Three minutes after Deulofeu’s tame strike was easily saved Milan were reduced to nine men. Juraj Kucka received his marching orders after being booked twice in the space of five minutes. 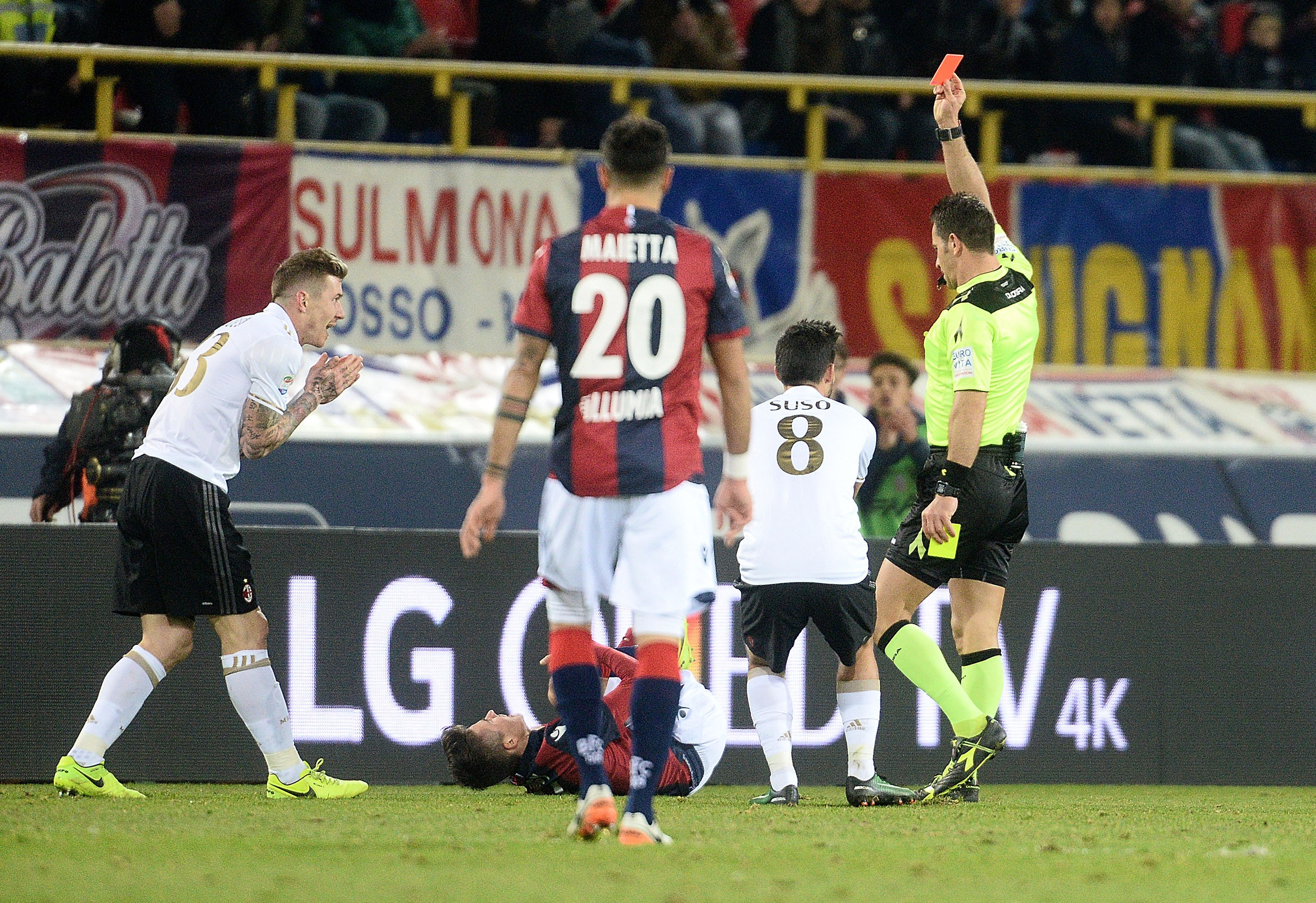 Milan’s teenage superstar Donnarumma was called into action not long after Kucka’s dismissal as he superbly parried Krejci’s strike from a few yards out. Almost instantly Milan created a great chance of their own after Deulofeu found Pasalic, who with time and space shot straight at Da Costa.

After it looked like both teams were to settle for a draw Milan broke the deadlock with minutes to spare. A moment of brilliance from Deulofeu who yet again found Pasalic who tapped home from a few yards out.