After the Champions League disappointment, Stefano Pioli and his men were looking forward to the Bologna game. They succeeded in the end, but it was a hard-fought win.

The game started off in a brilliant fashion as Milan scored after just 16t minutes through Rafael Leao, who continued his good run of form. Things got even better before the end of the first half as Bologna received a red card, allowing Pioli’s side to fully dominate the game. Then they scored a second goal through Davide Calabria in the 35th minute.

With everything going their way, however, Milan managed to somehow invite Bologna in the game again as the hosts scored twice in three minutes around the 50th-minute mark. Bologna then went off to concede another red card at the hour mark, but that didn’t make life easier for the Rossoneri as their opponents were sitting deep in their half trying to hold on to the ball.

Fortunately, it was a bit of magic from Ismael Bennacer that got Milan ahead in the scoresheet again to calm Pioli and his team. Zlatan Ibrahimovic buried the game with a fourth goal that sealed the three points for Milan. Here are five things we learned…

1. Leao continues to impress, but can do more

Rafael Leao continued his lovely run of form as he picked up the opening goal and was very active on that left flank throughout the whole of the first half. Watching him play, you really think that he will dribble past his opponent with ease every time he’s on the ball. 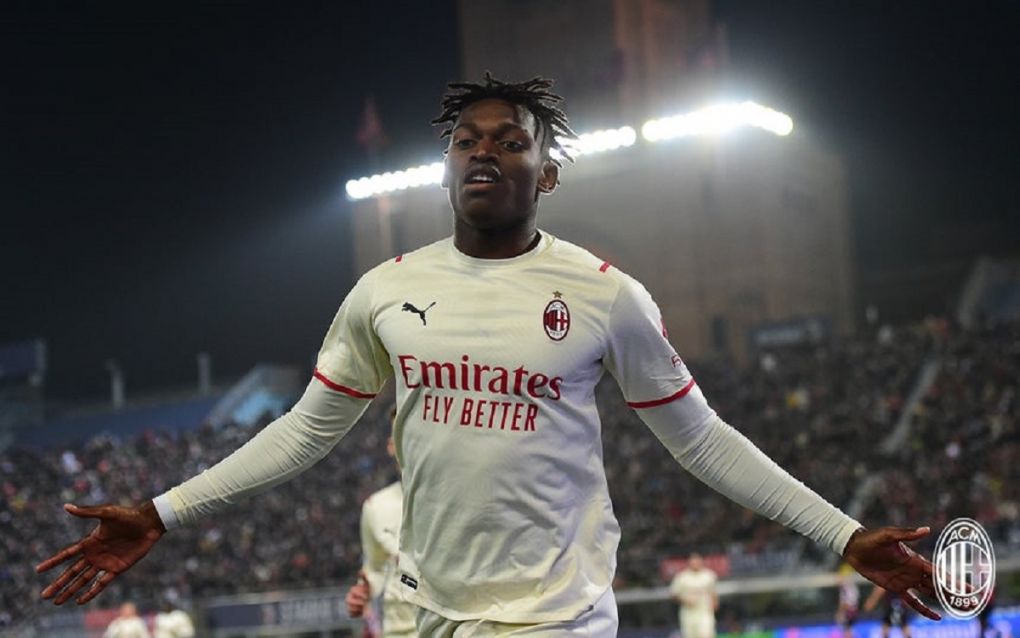 However, as with the game against Porto, he caused havoc in the first half and then kind of vanished in the second half. You would’ve expected him to continue to be a threat in the second half, especially with Bologna down two men. Instead, that didn’t happen as he was rather quiet after the break and while this season he has stepped up and has been one of the best Milan players, he will also need to be present in the game for the full ninety minutes.

Now we’re not saying that Tatarusanu is solely at fault for any of the two goals scored by Bologna, but he could have done a lot better on the second goal as he stood and watched Musa Barrow beating Calabria to the ball.

We can’t help but feel that Maignan would’ve had a quicker reaction compared to the Romanian and would’ve rushed out to intercept that ball, not allowing Barrow to reach it first.

That’s not a huge error by Tatarusanu, but it does show the difference in quality between him and Mike as it is also true for other positions and key players that Milan are missing. For example, the likes of Theo and Brahim would have been huge difference makers if available.

It was nothing short of a rollercoaster game for Zlatan Ibrahimovic as he was back in the starting XI after such a long time. The Swede started off the game in good fashion, providing a lovely through ball to assist Leao on the opener.

He was then a little lost and wasn’t involved a lot in the game until the 49th minute when he was unfortunate to score an own-goal. From then onwards, he was trying to get himself into the game and even dropped deeper after Giroud’s inclusion to make things happen. Unlike Zlatan, however, he was very sloppy with his passes and touches as he killed quite a few promising Milan attacks.

In the end, Zlatan managed to get himself on the scoresheet after a lovely effort to make it 4-2, but even after a goal and assist from the Swede it was far from a convincing performance. It isn’t as surprising given the fact he is 40-years-old now and has been out for quite the while with an injury.

4. Man of the moment

Rafael Leao isn’t the only one enjoying a good run of form. Ismael Bennacer is another player that has built momentum and has been pivotal for his side. The Algerian has had some outstanding performance as of late as he did it again against Bologna, scoring the crucial third goal to get Milan ahead in the scoresheet and then providing the assist for Zlatan’s goal.

The midfielder has no intention of sitting on the bench it seems as he has established himself as the best midfielder in the squad, at least in terms of recent form. This seemed like a hard task just a couple of weeks ago as Sandro Tonali was the man in form, but it’s only good to see that healthy competition in the squad.

In addition to the goal and assist, Bennacer was very active throughout the game, as usual, dictating the tempo of the game and being pivotal in Milan’s build-up game.

5. The games champions are made of

It certainly didn’t look like it would be much drama in this game after two Milan goals and a red card for Bologna, but the Rossoneri somehow managed to put Bologna back in the game. With so many absentees it was always going to be hard for Pioli and his players, but this time around they themselves allowed the host to score twice due to lack of concentration. 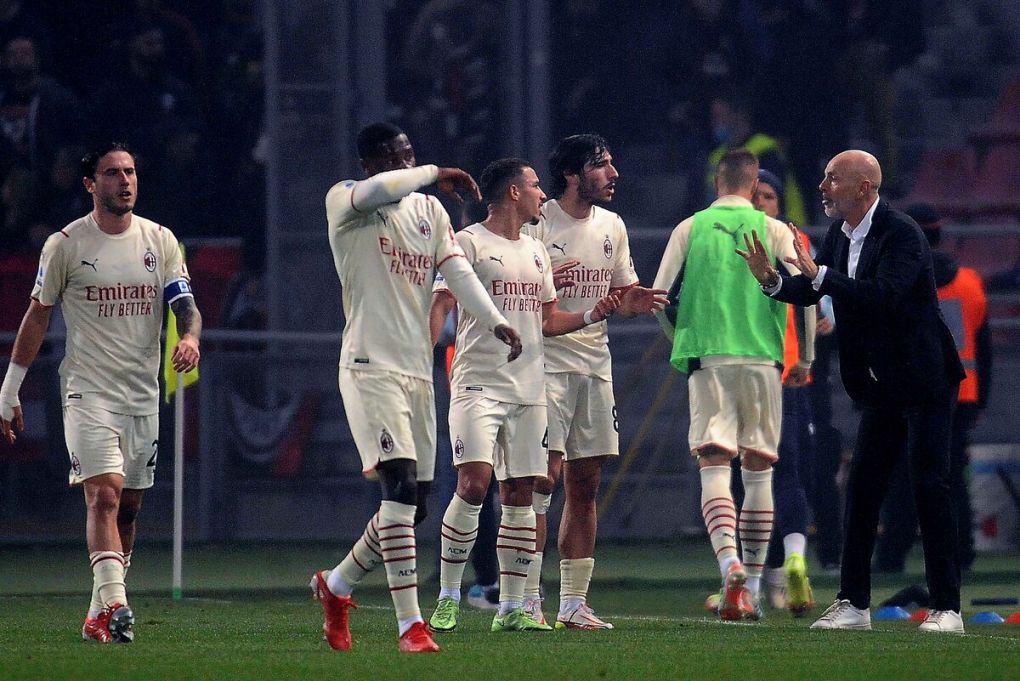 However, as seen in recent weeks, Milan and Pioli managed to react well to the unfortunate events at the beginning of the second half and got away with all three points. These are the types of games where you play bad or lose focus for a period of time, but then suffer through the remaining minutes and fight hard to earn the win.

While painful to watch for the management and the fans, these games are the ones that are going to build that winning mentality for this young squad and the reactions so far this season have been very promising.