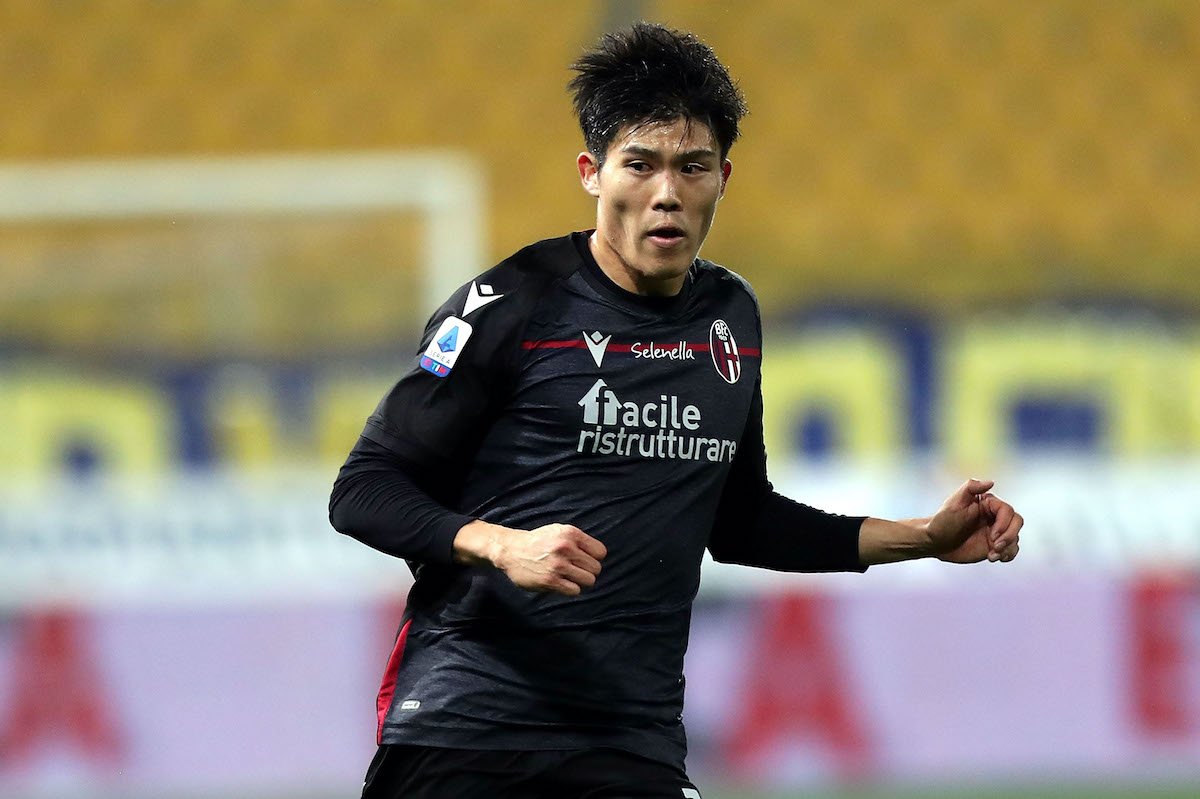 The sporting director of Bologna – Riccardo Bigon – has responded to rumours that AC Milan were after Takehiro Tomiyasu last summer.

The Rossoneri were heavily linked with a move for Tomiyasu towards the end of the summer window when they were looking for a centre-back reinforcement, but Tomiyasu ended up staying put and this season has impressed as more of a right-back in Sinisa Mihajlovic’s 4-2-3-1.

Bigon spoke to Sky Italia about defender Tomiyasu and the requests that the Emilian club had for him from other teams. He was specifically asked about Milan’s reported interest in the Japan international, with his response transcribed by MilanNews.

“He is a young player, with only one season in real football and with a lot of room for improvement. He is a top player and many clubs both in Italy and abroad have asked us for him. He must continue to work and grow,” he said.

Paolo Maldini seems to love versatility in the defenders he targets and that is certainly something that the 22-year-old possesses, given he can play as both a central defender and on the right side. Whether Tomiyasu becomes a summer target remains to be seen.

READ MORE: Half-spaces, build-up, balance and creativity – A prognosis of Milan’s problems and how to fix them