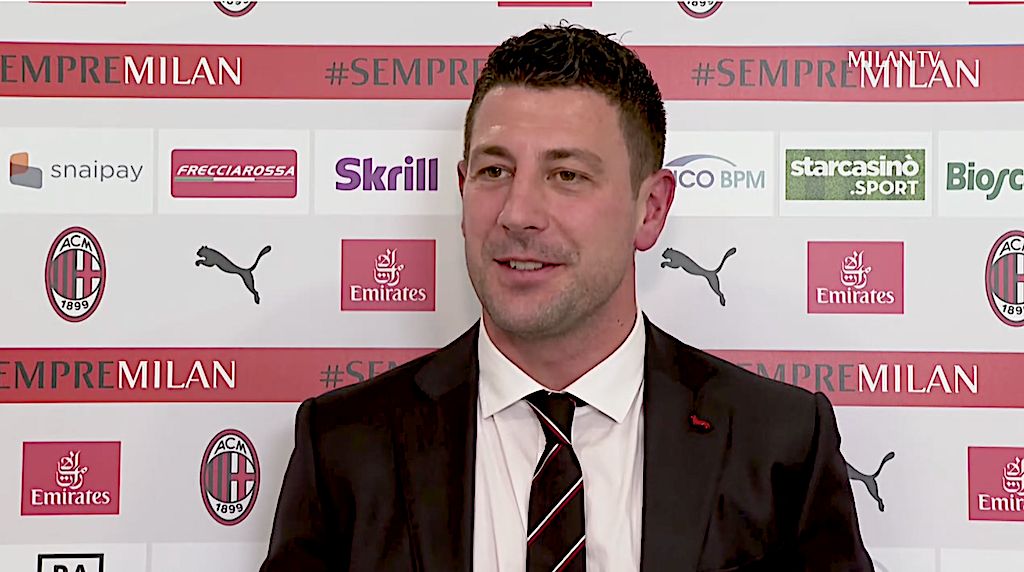 Stand-in AC Milan boss Daniele Bonera has insisted that the team must keep thinking on a game by game basis in order to have a successful season.

Milan were able to extend their unbeaten league run to 22 games and also their lead atop the Serie A table to five points for the time being with a comfortable victory on Sunday afternoon.

Bonera spoke to Milan TV after the game, with his comments transcribed by MilanNews and translated below.

“Winning is great as a player and as a coach. Having had this experience was great but we all hope that the coach will come back with us as soon as possible. It is a path in which I still have to grow a lot,” he said.

On the performance of the right side, he added: “The right wing is working well and we are happy because they are satisfying the demand for our game. Alexis has great technical qualities and they work very well with Davide. Both had a great performance and we are very happy.”

On Milan without Ibrahimovic: “We agree on Ibrahimovic’s physical and human qualities that make the difference but there are special guys here. Before the game I told them that I was proud to coach them. We continued the path of Mr. Pioli with a group of great human and moral qualities.”

On targets for the season: “We have to think match by match. If we start thinking too far, we can fall into dire dangers. We have to keep working practice after practice and thinking about every single match.”

Bonera also spoke to Sky Italia after the game and began with a reflection on the performance of Sandro Tonali, who was called upon to start in place of the injured Ismael Bennacer.

“He is a guy who is applying himself a lot, we are happy with what he did today,” he said (via MilanNews).

“We talked often, he had to understand our idea, that of Mr. Pioli, it took some time but we have never questioned the value of the player.”

On penalties: “I don’t know who will take the next one, they decide. We decide what they did from the spot, mistakes are part of the game.”

On the role of coach: “It’s a small parenthesis of a personal journey, I still need time. I’m happy to work with Pioli and his staff, he’s a great man and a great coach.”