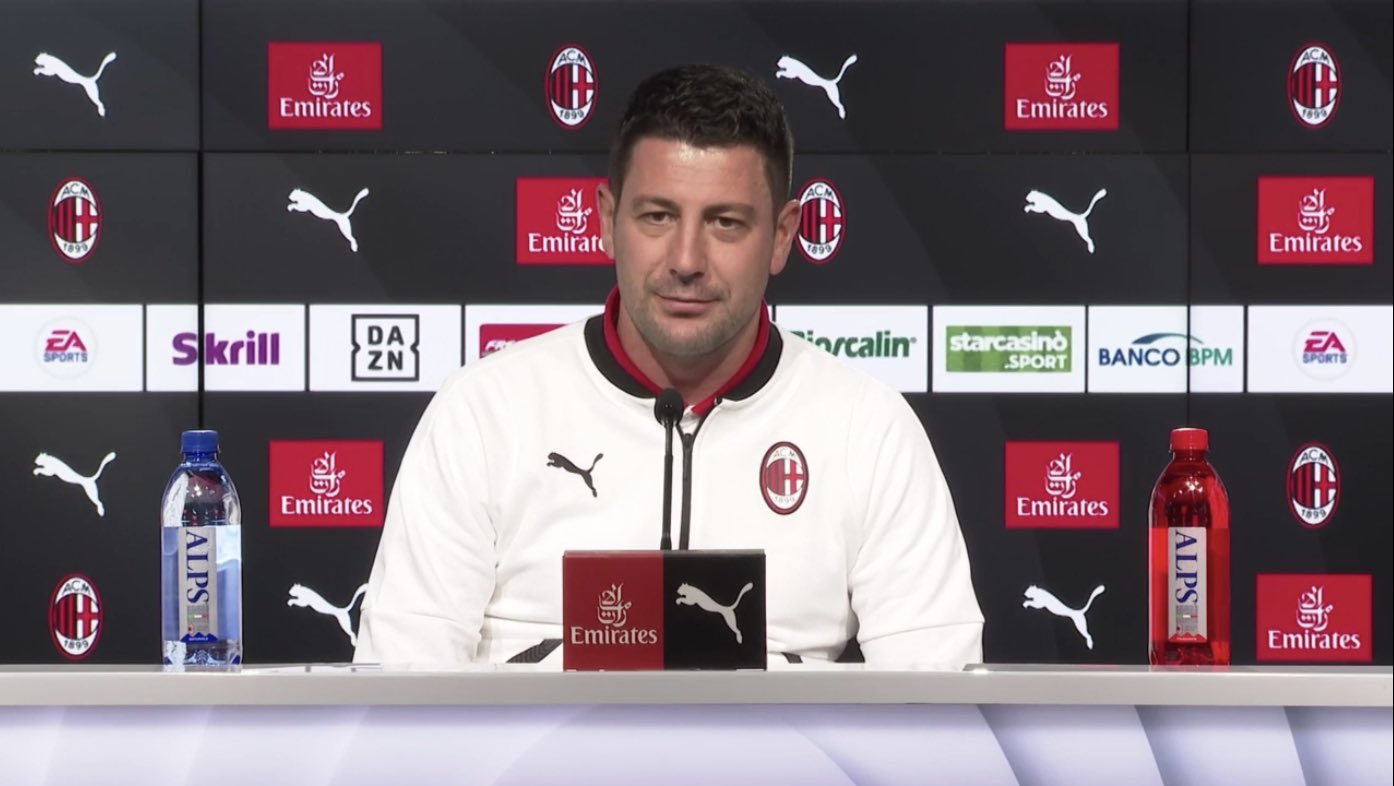 Ahead of Milan’s important clash against Napoli tomorrow evening, Daniele Bonera stepped in for Stefano Pioli and spoke to the media at the usual press conference. Of course, it won’t be an easy game for the Rossoneri.

Pioli tested positive for COVID-19 recently and will thus miss the game tomorrow, along with his assistant Giacomo Murelli who also tested positive. Therefore, staff member and former player Bonera will lead the team on the sideline tomorrow.

At the press conference, as cited by MilanNews.it, the 39-year-old – who made 201 appearances for Milan during his playing career – spoke about the peculiar situation and his contact with Pioli throughout the week, among other things.

Do you remember your arrival at Milan?

“My AC Milan faith comes from a friend of the family, I came with my eyes closed, Milan represent the dream that every child has.”

Return to Naples after the success in 2010…

“I remember the victories with affection, it was a difficult match, we won, then we all know how it ended. I’m very happy to return to Naples and find Rino as an opponent.”

“All matches are very important, I don’t see it as a final exam, I believe in the responsibility of the players, it’s just a small piece.”

“He was a friend on the pitch and he continues to be off, there will be space after the game for an affectionate greeting.”

How was the week at Milanello?

“I have never felt alone, I’m always in close contact with the coach. On a technological level, I had great support, I thank the club for what it has managed to do. I had carte blanche in training.”

Will you stay in contact with Pioli even during the race?

“We talked to the coach about it, but we believe it can create confusion. We thought about having a pre-match meeting, then if there are important things we will check at the end of the first half.”

What is your idea of ​​football?

“I was guided in what I was taught and I’m learning with Mr Pioli, I’m on the same wavelength and that is the football that I like.”

More pressure on you or on the players?

“The pressure has been a part of me since I made my Serie A debut at 18. The players have to do what they have done so far, we are happy with how they work. We are all under pressure but all very calm.”

“He’s an important player, he must have a good condition for his characteristics, we know he’s not at 100% because the elbow problem affects his gestures. Leao’s injury was not ideal but in that area, we have many solutions.”

“He also needed to disconnect mentally, he presented himself as always as team leader, we know his importance. The team has grown in all its elements as responsibility and work culture.”

Will the penalty taker be Kessie?

“Ibra said it, I raise my hands. If he said it, it will be Franck.”

“We are delighted with Calhanoglu’s performance, I don’t want to enter the contractual aspect but he’s one of those who showed me he cares about this shirt.”

What match is Napoli-Milan? How will the approach be?

“It’s a difficult match, the result has many variables, but there is no doubt that we will go to Naples to impose ourselves.”

How is Romagnoli after the mistakes?

“He is our captain, we are happy with everything he does, mistakes are part of football, he has all our support, I don’t see any problems.”

The game is scheduled for 20:45 CET and since Napoli are just three points behind Milan, they will be looking to close the gap tomorrow. Of course, it’s a big chance for the Rossoneri to further cement their spot at the top of the standings.

READ MORE: Milan finally have five centre-backs available – their plan for the future