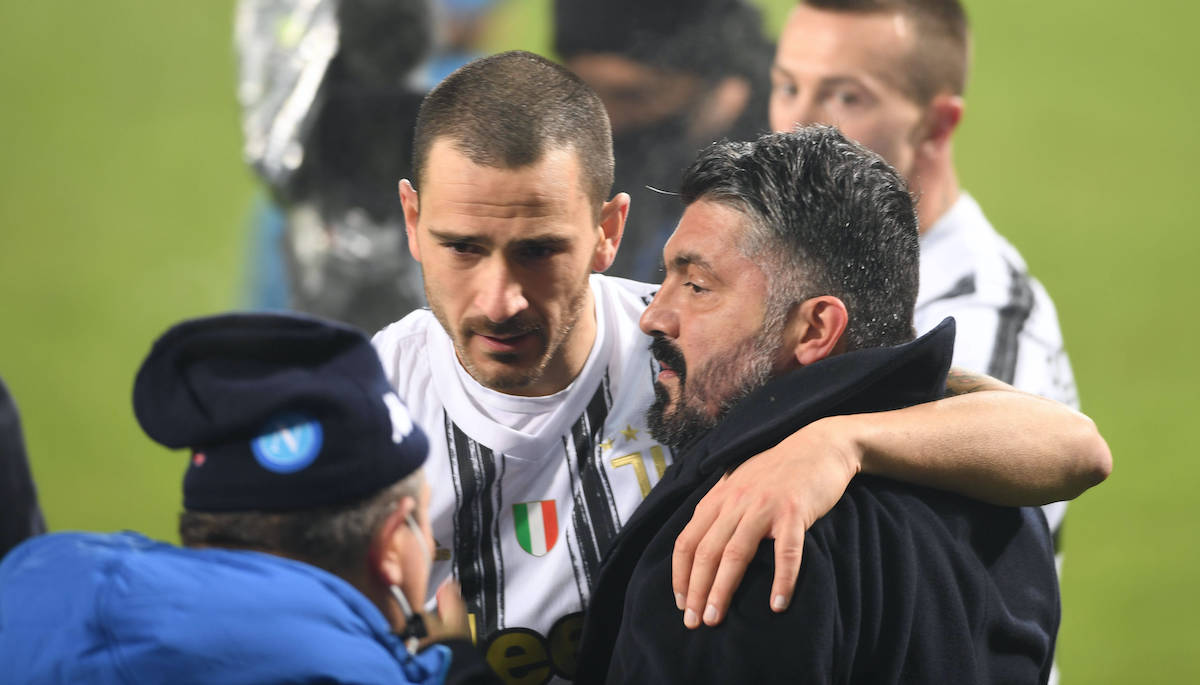 Bonucci: “Gattuso was one of the happiest notes of my experience at Milan”

Leonardo Bonucci is one of the few players in history to have represented three of Serie A’s top clubs – Inter, Juventus and AC Milan.

However, his one year stint with the Rossoneri in the 2017/18 season is something the veteran defender has previously called a ‘mistake’. Then-manager Vincenzo Montella greatly admired the center-back’s capabilities and signed him for €42m on a five-year contract from rivals Juventus, as per Wikipedia.

Milan ended up with a disappointing sixth position, as they were 31 points behind Scudetto champions Juventus. Incidentally, it was the same season when later Montella was sacked by the Milan hierarchy for poor results and subsequently hired former midfield powerhouse and renowned hothead Gennaro Gattuso, who holds a special place in Bonucci’s heart.

Speaking to Sky Sports, via (MilanLive), Bonucci revealed: “Gattuso was one of the happiest notes of my experience at Milan, I was lucky to have him as a coach. I have to thank him and his staff during the months in Milan, they helped me a lot. Rino is a great man and his staff is made up of real men.”

Exactly one year after his transfer, Bonucci left Milan to return to Turin – a move that infuriated the Rossoneri faithful due to the nature of the club’s struggles to regain former glory, not only in Italy, but also in Europe.

The Juventus defender now has secured more than 400 appearances for the Old Lady, cementing his place as one of Italy’s best defenders.