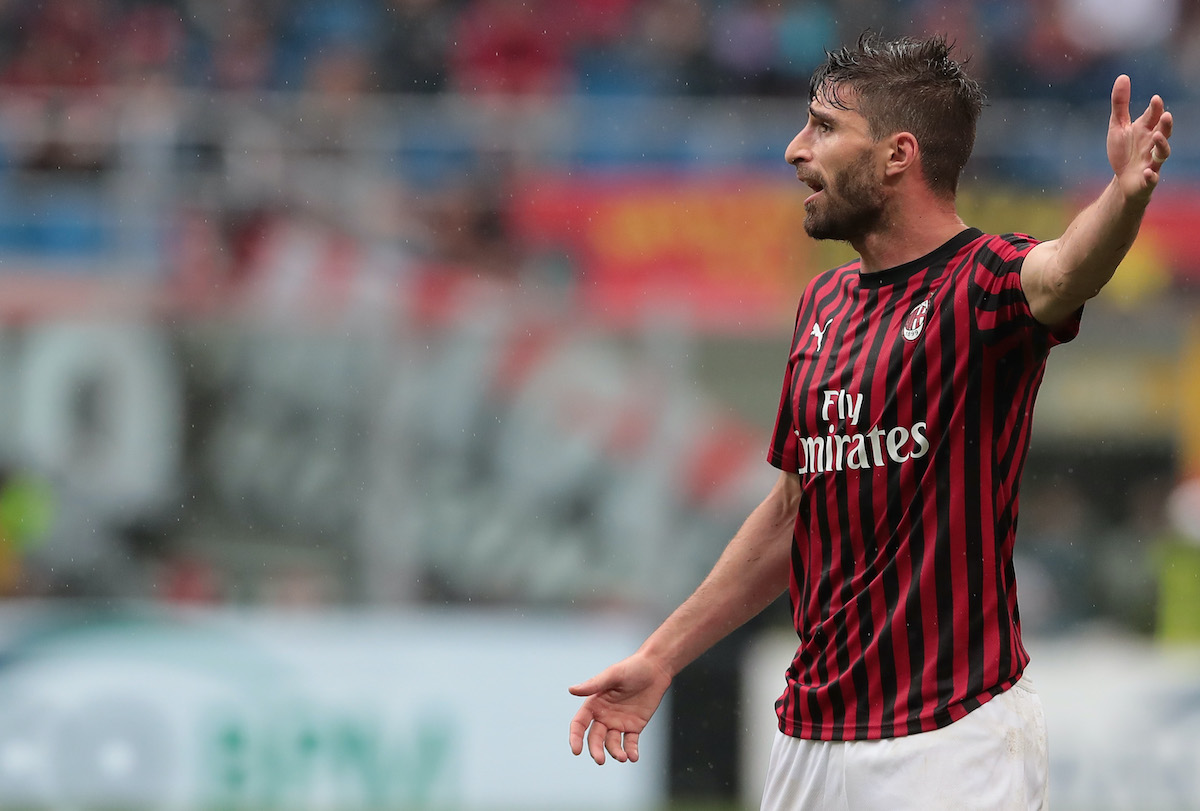 Former AC Milan forward Fabio Borini has advised Hakan Calhanoglu to renew with the Rossoneri and reflected on his experiences at the club.

The 28-year-old joined the Rossoneri from Sunderland three years ago when the Chinese ownership was in charge of the club, and he was been a versatile servant to the club during his time there.

Borini racked up 75 appearances in all competitions for Milan scoring eight goals in the process, and he left for Hellas Verona and then for Karagümrük after struggling for playing time under new boss Stefano Pioli.

The forward spoke to Calciomercato.com and began by discussing how he is finding life in a new country, continuing by giving a reflection on the time he spent with the Rossoneri.

“The Turkish league allows me to dedicate myself more to the attack, which is what I prefer. In the other leagues, however, more work is done on tactical application,” he said.

“It is a championship that I like, I feel very good. We are aiming for important results, we have the aim of qualifying for the next edition of the Europa League. The team is strong and the club is very ambitious.

“At Milan I played less as a striker, but I’m happy to have made myself completely available, also playing in roles less congenial to my characteristics. In front of I had very strong players like Calhanoglu and Suso, I would have denied myself the possibility of playing if I had not accepted to cover other roles as well.

“I have always given priority to the team. I try to be useful where the coach wants. The important thing is the result the group gets. My goodbye? It was fair because I wasn’t playing. Obviously, as a professional, I want to play and at Milan I didn’t do it anymore, that’s why I decided to go elsewhere.”

Milan continues to speak with confidence about the renewal of Hakan Calhanoglu, one of Borini’s old team-mates . Paolo Maldini, Ricky Massara and Ivan Gazidis continue to reiterate that they are calm and confident about reaching an agreement with the 27-year-old playmaker.

“I’m not at all surprised by the great season he’s having. It has always had enormous potential, but it is very sensitive, even if it cannot be seen from the outside. A few situations he could not control, such as constant manager changes and corporate instability, have affected his performance over the past few years. But now, with a little more support and peace of mind, he is doing great things. And in my opinion it can do even better.”

“Now a player must also evaluate the situation that has arisen due to Covid. It’s another stuff to be out of contract these days, so I would definitely advise him to renew.”

What should the Diavolo expect from Thursday’s match against Red Star?

“I think you can see it on the pitch. All this comes from my experience in English football. I had played here on the Besiktas pitch, there were already 60,000 fans booing you two hours before the kick-off.”

On Sunday comes the derby…

“Of my team-mates there are actually few left (laughs). Maybe a derby is better to get there with a bit of anger derived from defeat, from overtaking. It takes a bit of healthy competitive nastiness. It’s one of those. matches, as I said before, very different without fans.

“Then it was a long time since we saw a Milan-Inter so important given the current ranking of the two teams and the fan could make you change the game. They must play on the desire to put the arrow back on Inter, not to be satisfied, the championship is still very long and anything can happen.”

Considering the path that Milan have followed after the interruption of the championship last March, do you have any more regrets about not staying in the Rossoneri with Stefano Pioli?

“I’m a professional who wants to play and I didn’t do it there anymore, simple simple.”