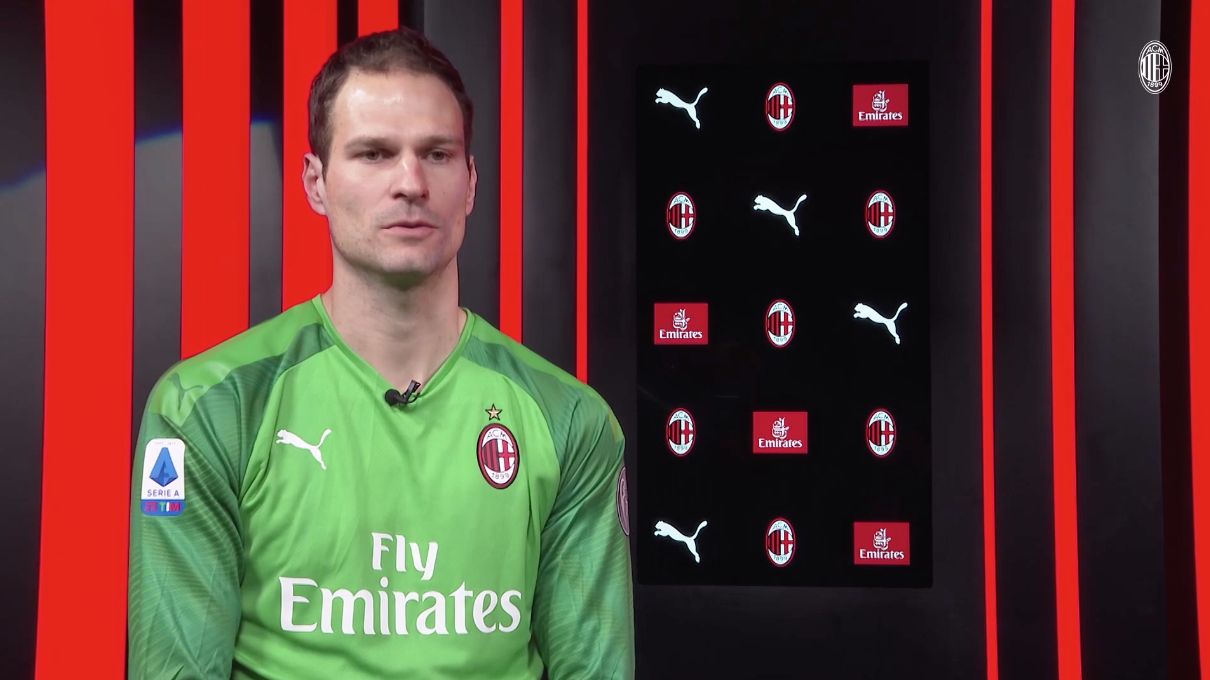 Asmir Begovic has only been with AC Milan for just over a month, but he is already relishing the opportunity of playing for the club and its fans.

With Pepe Reina moving on a loan to Aston Villa until the end of the season, the Rossoneri moved swiftly to secure a new back-up to Gianluigi Donnarumma in the form of Begovic.

The Bournemouth man has joined on a six-month loan deal with no option to buy, and at 32 he will add valuable experience to the group.

He made his debut for the club in the last round of Serie A action, coming on for the injured Gianluigi Donnarumma and putting on an excellent display in the 1-1 draw at the Stadio Artemio Franchi.

Now, Milan TV have caught up with the Bosnian ahead of Sunday’s game against Genoa, a game that he is expected to start due to Donnarumma’s ankle injury in the aforementioned game against La Viola. His words were transcribed by MilanNews.

He begun by discussing how he has settled in to life as a Rossoneri player.

“Very well, I am very happy. The people at the club, the players, the team have welcomed me very well and I’m happy,” he said.

On his relationship with Donnarumma: “Gigio is a great goalkeeper like Antonio. It is a group of goalkeepers who works well every day, we have to continue like this.”

The game against Genoa has been rescheduled due to the coronavirus outbreak which has affected northern Italy in particular, and Sunday’s game will be played behind closed doors.

“This is a difficult situation for the League, for the clubs and for the players, but for us only work is important and being focused on the match against Genoa,” he said.

“It’s not an easy game, they are a great team with great players and great discipline. It is important for us to work well and have the right spirit.

“Playing behind closed doors? It’s the first time for me. It’s a difficult situation, but the important thing is to stay focused on the game. It is not an easy situation for all players and all clubs.”