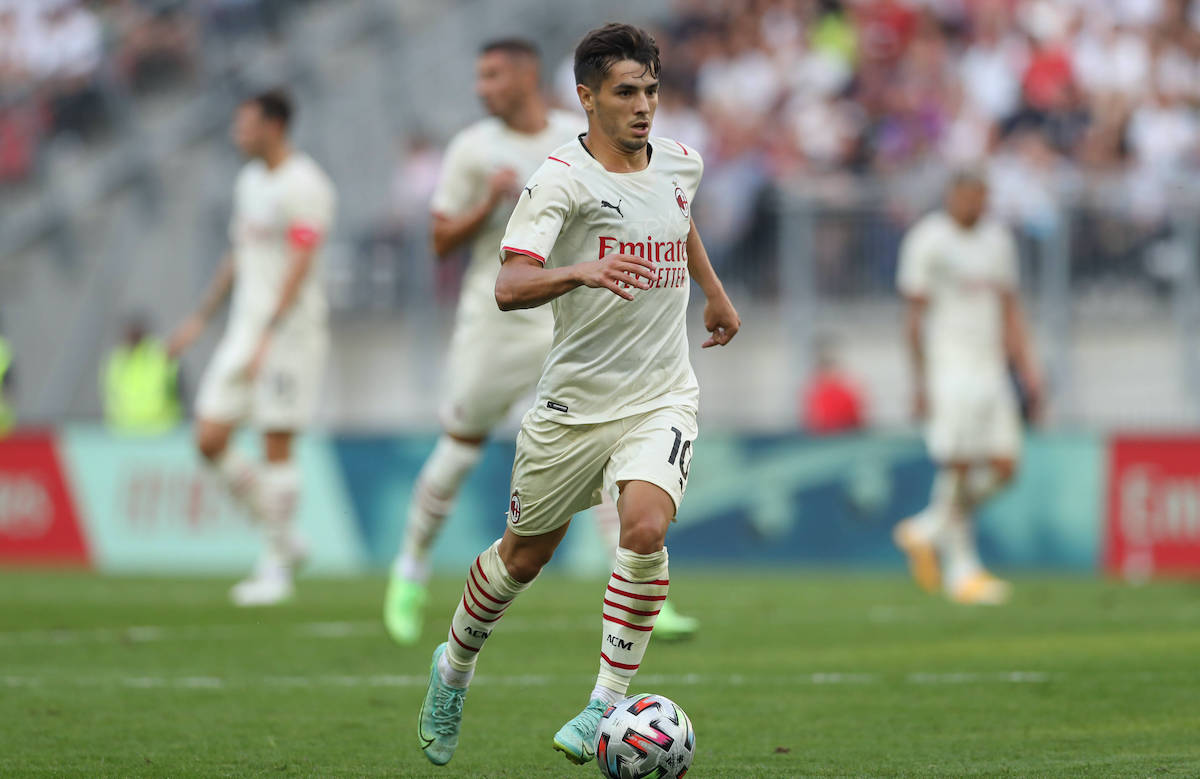 Brahim Diaz has set some lofty targets for AC Milan ahead of the new season, revealing his delight at having sealed a return to the club.

After Hakan Calhanoglu decided to leave the club in favour of a new adventure with city rivals Inter, Milan have a new player adorning the prestigious number 10 shirt in Brahim Diaz. The Spanish attacking midfielder re-signed from Real Madrid on a two-year loan with an option to buy, after he impressed on loan in the last campaign, particularly towards the back end of the season.

Brahim spoke to La Gazzetta dello Sport and offered some insight into his decision to push for a return to the Rossoneri, given that this time all parties have committed to a two-year loan. He started by discussing the ‘honour’ of coming back and the shirt number choice, with his comments transcribed by MilanNews.

“I am very happy to be back inatMilan, in this great club, with great fans who have welcomed me with affection. It is a pleasure It’s an honour to be here again,” he said.

“The No.10? There was an opportunity and I took it. It’s a number that brings leadership, but I’m not afraid of pressure, they bring energy. In the history of Milan, great players have worn 10 but I like the pressure. I have personality. I take responsibility and I hope to be up to this shirt and to express myself at my best.”

Among the factors cited as being important in securing the return of Brahim is head coach Stefano Pioli, who chose to bet on him and offer him consistent game time, something he wasn’t getting at Real Madrid.

“He taught me a lot. It is true that La Liga and Serie A are different but the ball has no language and it is the pitch that speaks. In Serie A there are very talented players. Pioli taught us a lot. He was the fundamental element that made us improve and mature in every aspect,” Brahim revealed.

The 21-year-old has also been able to benefit from having an experienced leader ahead of him like Zlatan Ibrahimovic, something he confirms has been nothing but a benefit.

“He is great. He gives useful advice, he has experience and every time he plays he makes a difference. He has always done so and continues to do so. He is a motivator and I like him a lot. his way of giving advice. His character makes you give your best. He really likes to work and wants his team-mates to do it to the fullest. I consider it a positive aspect.”

The Spaniard then also spoke about the new season and Milan’s targets: “I expect the team to be fully committed, to fight in all competitions to be protagonists. It won’t be easy because there are great opponents but we are a strong team.

“Last year’s experience at the top will be very useful. We have to give our all to be competitive and stay at the top. There are many strong teams that can put us in difficulty but I think only of us. We are Milan and we have to fight for to be protagonists in every competition.

“I don’t know who is the favourite. We are a team that is talented, that works a lot and we will try to fight in Serie A and in other competitions. Scudetto? That’s the goal and that’s what we want. We saw that last year we came close and we want to do better and try to finish first.”