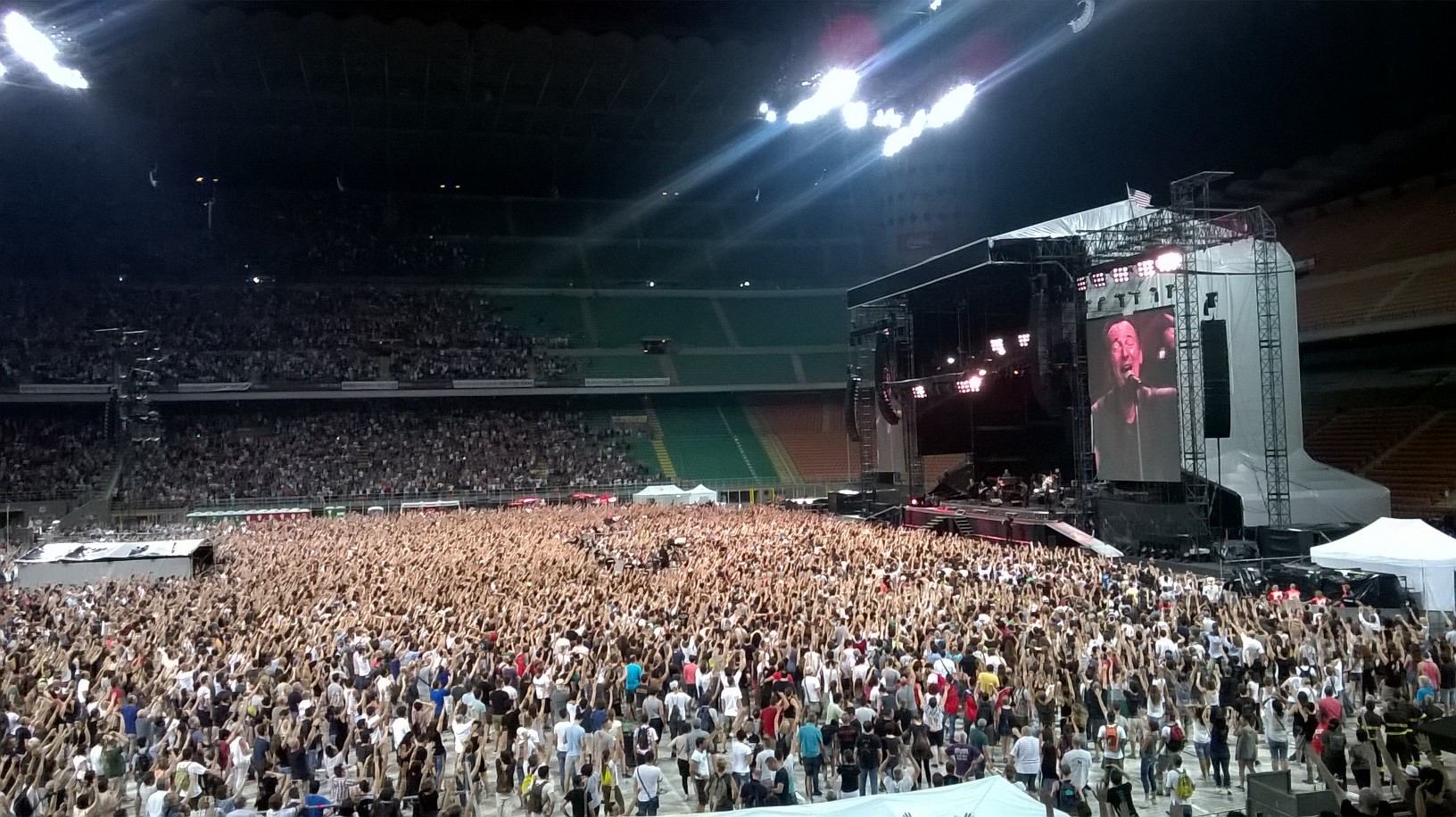 Bruce Springsteen: “Demolishing San Siro would be terrible, it is unique”

American music icon Bruce Springsteen has claimed it would be ‘terrible’ if the decision is made to demolish San Siro.

Both AC Milan and neighbours Inter are on board with a joint project to construct a new state-of-the-art stadium next to the current structure.

An official event was held last month during which Italian firm Manica and American giants Populous showed their respective ‘Wedding ring’ and ‘Cathedral’ designs for the new stadio.

Doubts have since arisen about what will happen to the current San Siro stadium, but it appears that the city council are only willing to support the new project if the existing structure is preserved in some form.

Springsteen has played at San Siro on more than one occasion and spoke to the magazine ‘7’ about the iconic venue, and his words were transcribed by MilanNews.it.

“Demolishing San Siro? It would be terrible. A pity if they demolish it. A beautiful place.

“The way it was built is unique: the side farthest from the stage is never so far away. While you play it is like having a wall of humanity in front of you and a huge enthusiasm comes back to you.

“Every building has a soul, his spiritual life. And as long as they are sure, I like to play in them. The new buildings do not have that soul.”