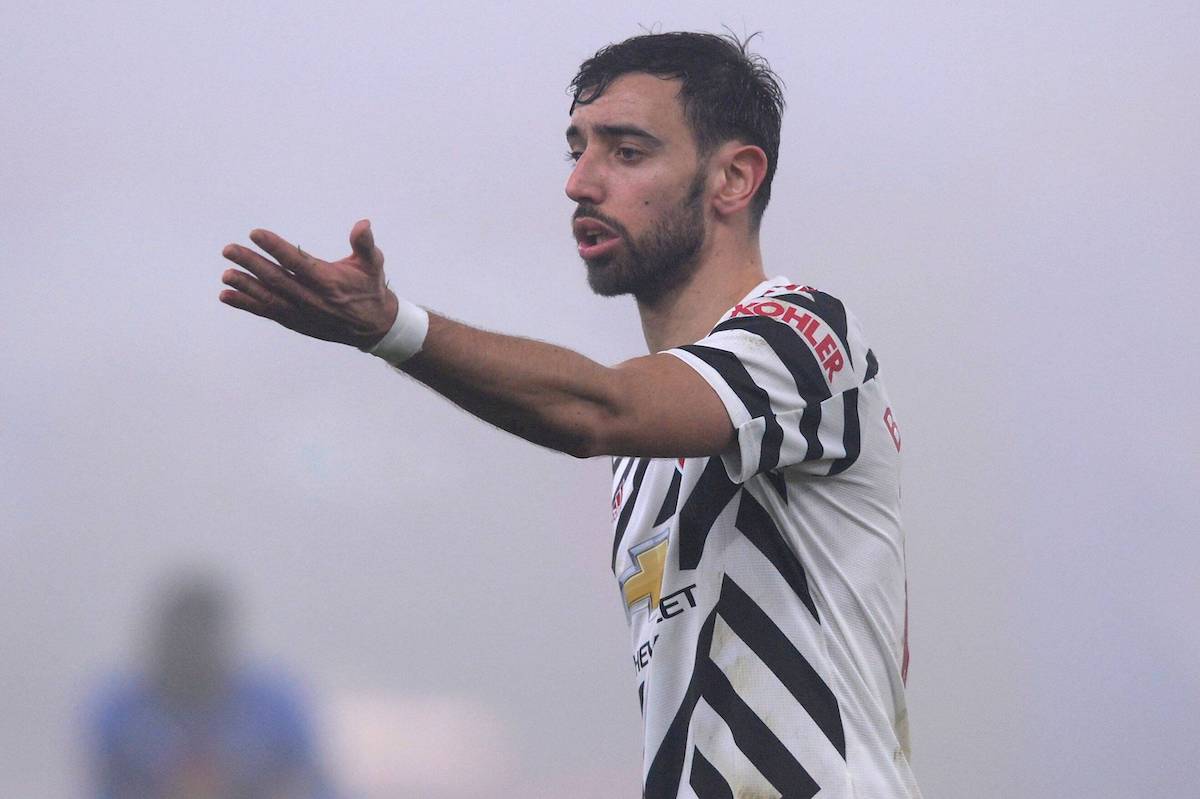 Bruno Fernandes highlights how Milan and Man Utd ‘are the same’; praises the Rossoneri’s project

Manchester United star Bruno Fernandes has talked up AC Milan ahead of tonight’s Europa League last 16 first leg, branding the two clubs as ‘the same’ in some respects.

Fernandes has now established himself as the leader of the Red Devils having arrived a year ago from Sporting Lisbon. He joined Udinese from Novara near the start of the last decade, and at the end of the 2016-17 season he left there to return to his homeland with Sporting.

In Lisbon he made an incredible leap in quality, scoring 14 goals in the first year, 29 the second, 15 (in a few months, given his sale in January) in the third – and that is what made Manchester United pay €80m for him.

Calciomercato.com reported yesterday how Milan actually made two different attempts to sign him, but now he is the man everything goes through for United, with 23 goals and 13 assists in 41 appearances across all competitions this season.

Fernandes spoke to La Gazzetta dello Sport about his experiences in Italy and also about what he knows of Milan.

“I had to complete my physical growth, I was moving from one country to another. In Italy I did not fully establish myself because the figure of the attacking midfielder in your football does not have an easy life,” he said (via Calciomercato.com).

“The story of Dybala seems enlightening to me. Everyone expects something special from him, but we are always strict towards him. Udine was, also for the years spent in Friuli, the most important stage, but the change of coaches did not help me. Too bad, because I had found a real teacher, Francesco Guidolin. I had spent more time with him, maybe it would have gone differently. In any case, I can only thank Italy for what it has given me. I was fine, I lived an experience of growth, I measured myself with a country where football is of the highest level.”

On the differences between Serie A and the Premier League, he added: “There is a lot of intensity in the Premier League. The pace is high. The little ones have quality and they make you suffer. In Italy the tactics are like a university of sport.”

On Milan: “In some respects, we and AC Milan are the same. Two clubs with a prestigious past, ten Champions in the trophy room, which have gone through a phase of transition, but are returning to the top. At the beginning of the season, no one thought that Milan he could fight for the Scudetto. We are in March and they are second, playing well, with interesting young players and has the added value of Ibrahimovic’s strength.”