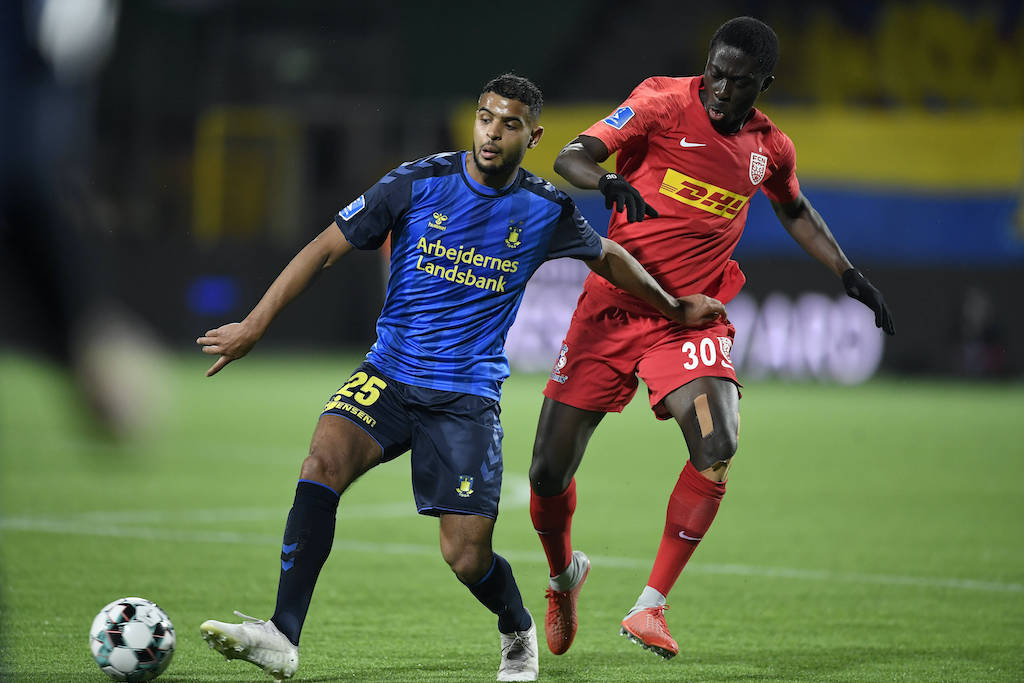 AC Milan are monitoring the progress of Brondby midfielder Anis Ben Slimane ahead of a possible summer move, according to a report.

According to the Danish portal BT, Milan are leading the race for Ben Slimane, who is an attacking midfielder who can player deeper and has a goal plus an assist in six league appearances this season.

Chief scout Geoffrey Moncada has followed the 19-year-old’s profile carefully and it seems that he is trying to find more and more information about him, but the report mentions interest from Crystal Palace.

However, Brondby seem willing to extend his contract to ward off interest, with his current deal set to expire in 2023.

Back in January, FotbollsKanalen reported that Arsenal, Manchester United Milan all sent scouts to Brondby’s game against IFK Norrkoping, with Slimane apparently the subject of the scouting mission.

The seasonal goal is to be able to hit a place for the Europa League, but in the meantime AC Milan is looking carefully at the market and next season. The technical guide seems to be more and more Ralf Rangnick , with the German willing to focus on a team of young people, to be purchased at the final price and to be enhanced. And the latest idea seems to bring to Denmark, more precisely to the Brondby house . It is Anis Ben Slimane . Central midfielder born in 2001 under contract with the Danes until 2023. Tunisian youth national team, but born and raised in Denmark (therefore community), Ben Slimane is just one of the many young people who ended up in the ‘Devil”s sights.

To stay updated with the latest news related to the market and not only CLICK HERE !