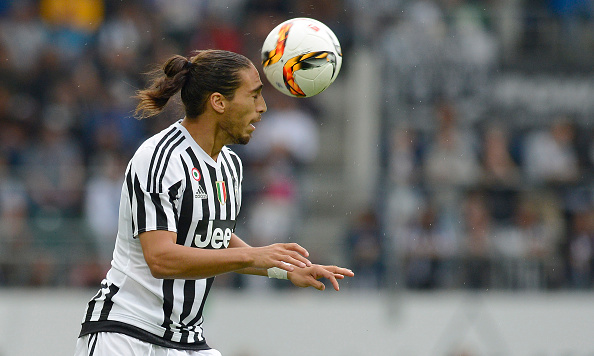 Caceres wants to stay in Italy; AC Milan among the teams interested

Martin Caceres saw his contract with Juventus expire at the end of June and the Uruguay International is looking for a new club to join.

The former Barcelona man would prefer not to leave Italy. The 29-year-old defender is currently on holiday on the lake of Como and talking to some Serie A fans he said he’s not going to join AS Roma.

Napoli are looking for a new fullback who can play both on the left and on the right, so Caceres does not represent a priority for Maurizio Sarri, whilst Fiorentina would need a big economic effort in order to welcome the player’s services.

Inter might make an offer once they sell Ranocchia. The nerazzurri have already made contact with the player’s agent Daniel Fonseca, but AC Milan seem to be the most interested club in signing the versatile defender.

Sources have exclusively told cm.com that if AC Milan don’t sign Musacchio they would match Caceres’ contract requests. The former Juventus defender wants a salary of €2.5 million a year for the next two seasons, the same request made by Musacchio.