Several of the last few meetings between the two clubs have been low scoring affairs and today was no different with the score after full time ending 1-1.

After being down within the first five minutes it looked like Milan had a mountain to climb, before finding the back of the net again early in the second half to bring it level.

Donnarumma (6.5): Made several great saves but unfortunately let in a goal early on that really set the tone for the rest of the game.

Calabria (7): Made it look like he was competing for a starting spot throughout the entire game, making very few defensive mistakes. Did well in attack as well, linking up with Kessie and Suso.

Musacchio (6): Much like the entire backline, the first 45 minutes were a bit rocky but in the second half, Musacchio really stepped up, winning most of his duels. 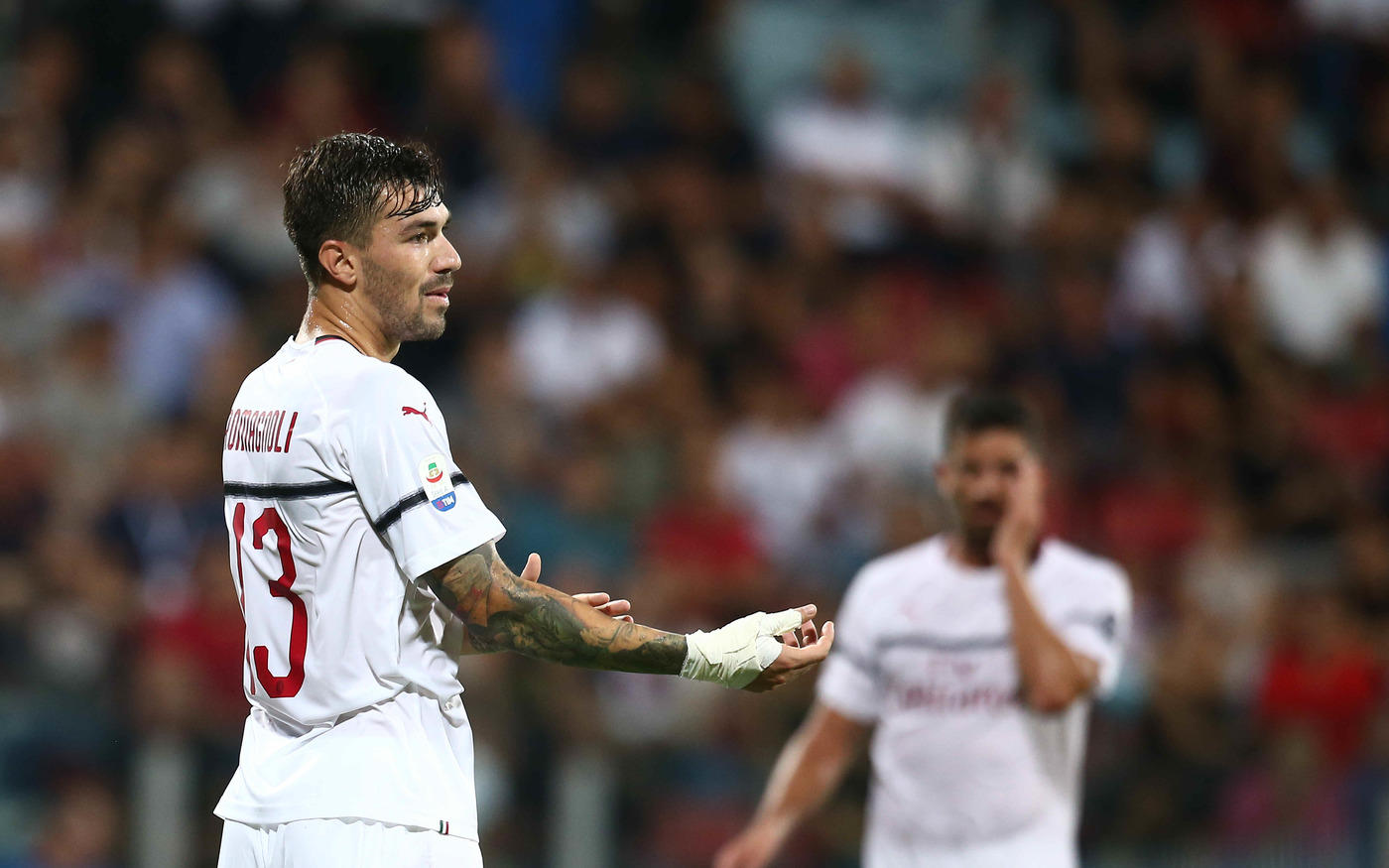 Romagnoli (6): Could’ve perhaps done better on the goal conceded, but ultimately upped his performance in the second half just like his partner.

Rodriguez (6.5): A solid performance with decent defensive runs that really saved the team, while he also made things difficult for Cagliari up front.

Kessie (6): Did well in the first 45 to gain space in the box, and continued to do so in the second half. Got the somewhat unintentional assist for Higuain’s equaliser, so he was important in that sense.

Biglia (6): Did well defensively for the most part of the game but in the end, he went missing a bit in terms of the attacking play. Not bad, but not as good as his Roma performance.

Bonaventura (5): Got himself into good positions but was lacking the end product. Should arguably have scored in the first half as he only needed to get the ball on target. Was replaced by Bakayoko in the second half.

Suso (6): Very active and lots of good runs into the box but wasn’t able to make use of Higuain’s presence in the box. Nearly scored the winner but Cragno made an unreal save to deny him.

Higuain (7.5 MOTM): Scored his first goal with Milan and looked very lethal in the second half with other great chances that were saved. You can see the will in his eyes. 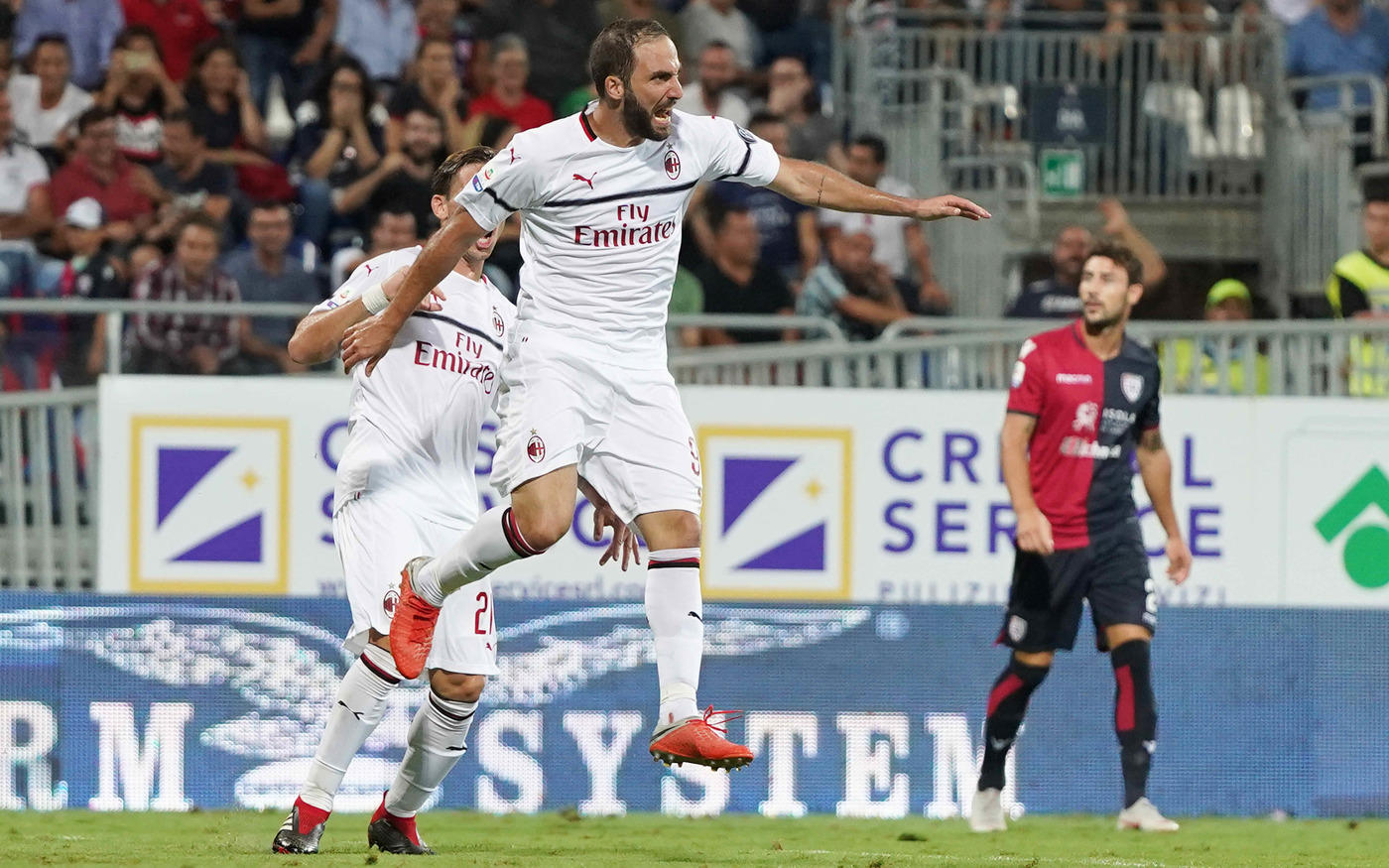 Calhanoglu (5): Not a good showing for the Turk. Was active on the ball but failed to create any danger while he was on the pitch, perhaps a bit tired from international duty.

Bakayoko (6): Made some decent runs going forward when he came on and made his physical presence know to Cagliari. Much better than his showing in Naples.

Laxalt (6): Was very technical and that helped us get the ball into the Cagliari’s half but wasn’t able to do much once he got there.

Castillejo (6): Made several decent runs toward the end, once Cagliari had slowed down and showed they were exhausted but lacked the end product, much like the entire team.

Gattuso (4.5): Yelling and screaming at the players will only get you so far. Gattuso needs to adjust his tactics going forward if he wants to see any kind of change from his players. It wasn’t till late in the second half when his ideas on how to break down Cagliari started to show but it was too little too late at that point.