AC Milan came back after their two-week break in the best possible way, securing a crucial 2-1 win away at Cagliari.

The home side did take the lead at the Sardegna Arena as Nicolo Barrella fired home inside the first ten minutes.

However, a double from Franck Kessie – including a penalty – secured a first half turnaround for Gennaro Gattuso’s side.

Both teams ended the game with 10 men as Ricardo Rodriguez and Barrella both received second yellow cards inside the final 15 minutes.

The home side took the lead in just the eighth minute as Nicolo Barrella, who has been linked with Juventus this week, capitalised on some hesitant Milan defending to fire a low effort past Donnarumma from the left side of the box.

The Rossoneri went in search of an equaliser and had two opportunities in quick succession; the first a deflected shot from Kessie, the second an effort from Kalinic with his back to goal that Cragno did well to dive on.

In the 34th minute Milan were presented with an opportunity to level as Ceppitelli was adjudged to have fouled Kalinic in the area. Kessie was the man tasked with taking the spot kick, and he made no mistake, sending Cragno the wrong way.

Just seven minutes later the visitors took the lead, Kessie again the goalscorer as he received a feed from Kalinic inside the area and fired into the bottom left corner. 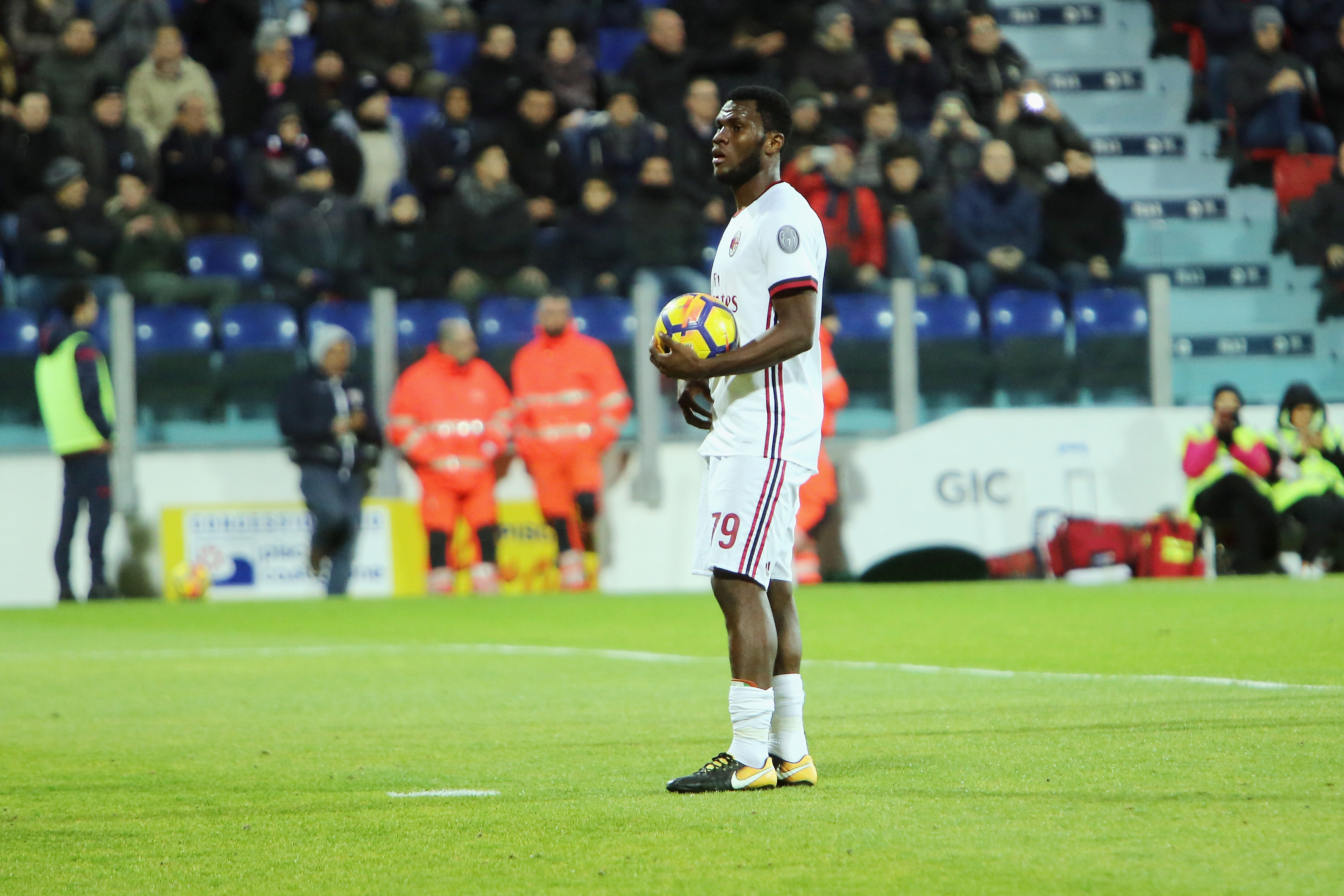 Eight minutes into the second half Cragno was called upon again; Bonaventura sending an effort from distance towards the top left corner but the home goalkeeper on hand once more to tip it wide.

Milan’s task was made even more difficult when Ricardo Rodriguez saw red; the Swiss international seeing a second yellow for a foul on Faragò with ten minutes left.

Hakan Calhanoglu almost killed the game off shortly after as he fired a low free-kick that dipped narrowly wide of the left post.

With two minutes remaining the referee evened up the sides as the goalscorer Barrella also received a second yellow for chopping down Lucas Biglia.