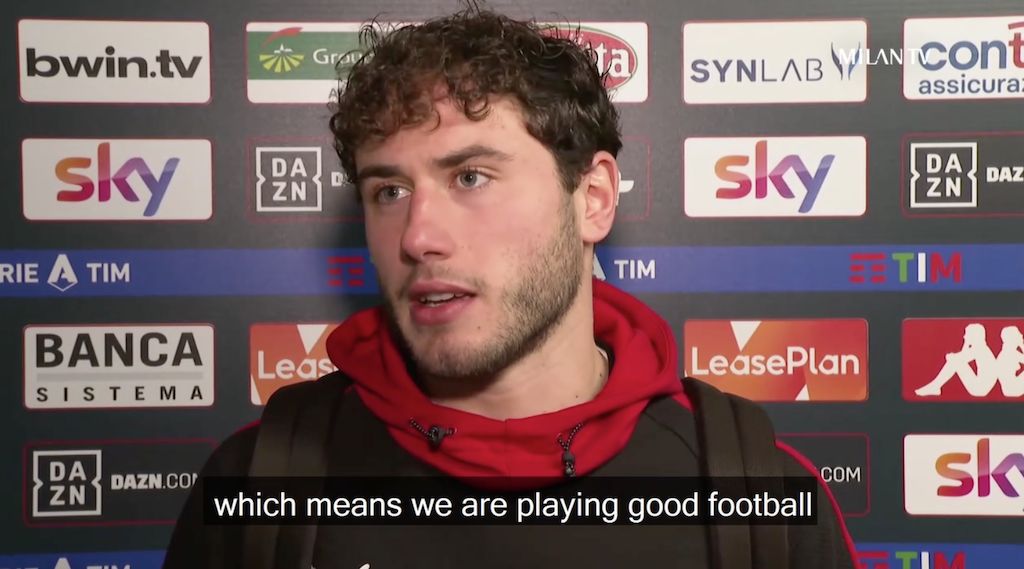 Davide Calabria has insisted that AC Milan ‘have to ride the positive moment’ that they are experiencing after Wednesday’s tough draw against Genoa.

With eight minutes left on the clock it seemed as though Milan’s unbeaten run in Serie A was coming to an end as Mattia Destro’s brace had fired the home side into a 2-1 lead, but Pierre Kalulu popped up to salvage a draw that keeps Milan atop the Serie A table by a point.

Calabria spoke to Milan TV after the game at the Marassi, with his comments transcribed by MilanNews.

“We are scoring a lot, so it means that we are playing well,” he said.

On the role of the full-backs in Pioli’s system: “Usually Theo plays higher, I shorter. The coach asks us to push forward. Today I scored a good goal from afar, I’m happy.”

On the team’s reaction: “We are a bit bitter for not having won. We have some absences, it was not an easy game. We were good at reacting, we didn’t give up until the end. We have to ride the positive moment we are experiencing.”