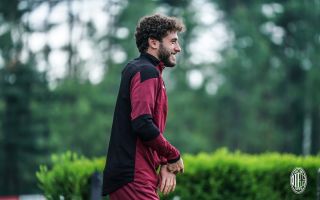 MN: Calabria finally returns as Pioli gets one of the key cogs in his machine back

It feels like a long time since we have seen Davide Calabria out there on the field, but he should be there for the game against Roma on Thursday night.

MilanNews writes how Calabria is not just the starting right-back for Milan but he is a pillar of Stefano Pioli’s tactical setup and a leader of the current team. Alessandro Florenzi and Pierre Kalulu have both been called upon to fill the void and each showed encouraging signs, but with Calabria back on the right the line-up feels stronger.

The Italian knows Pioli’s mechanisms perfectly by now, because he himself is an important cog, and after a few weeks off to recover from his muscle problem he feels rested and ready to go. He is not at 100 percent and cannot be after such a long pit stop, but he has the right qualities and experience to make up for it.