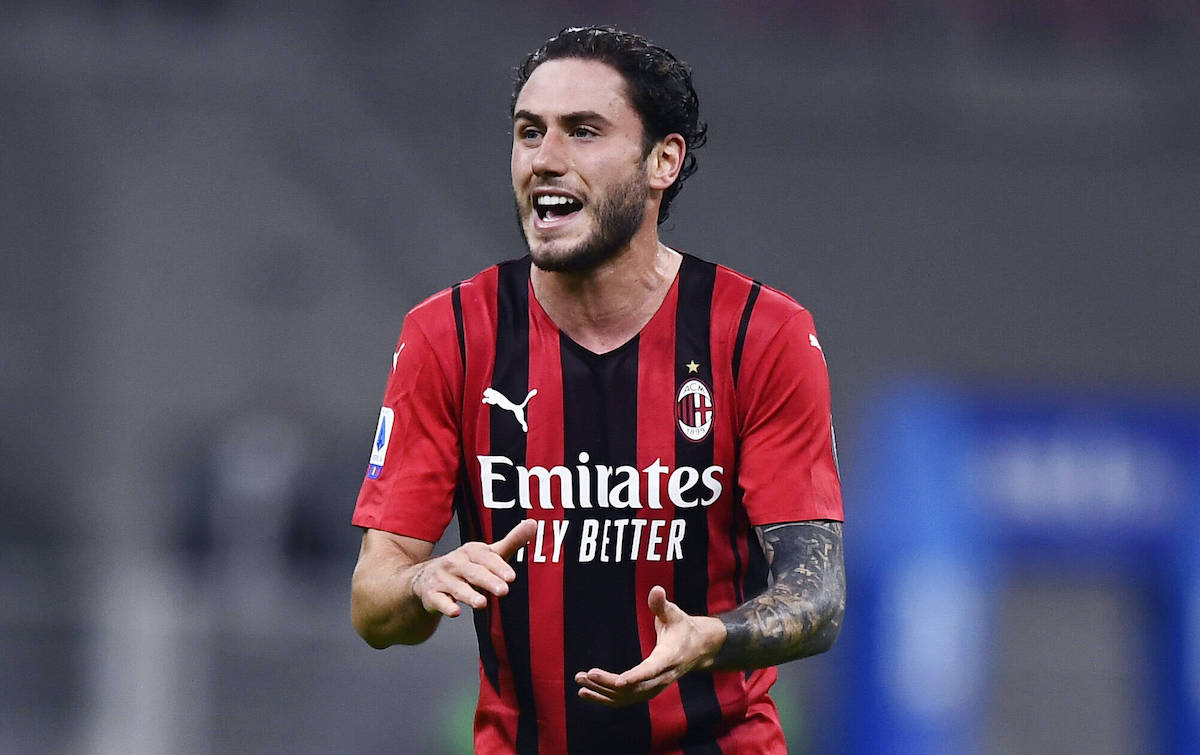 AC Milan defender Davide Calabria has given his thoughts on the hostile reception Gianluigi Donnarumma got, as well as what it is like to play under Stefano Pioli.

Calabria spoke to Rai Sport while with the Italian national team, which he left yesterday after sustaining a minor muscle problem, with his comments transcribed by MilanNews.

“Italy-Belgium will be a great match. There is talk of one of the strongest teams in the world. They have been doing well for many years, like us, and it will be a great challenge, beautiful. It is certainly not like the final for the first and second place, but we must not underestimate the game, also because being a national team match it is obvious that we will always give 100%,” he said.

“Mancini told us that it will be important especially for the ranking, unfortunately there is no first place up for grabs, but it’s never nice to lose. We always want to win, the sensations that come after a win are priceless so let’s try to find them.”

Calciomercato.com reported that the atmosphere during the defeat to Spain ended up influencing Donnarumma’s performance as he was clearly distressed by the situation around him, so much so that he made errors and when he got back into the dressing room he burst into tears.

“I felt sorry for Donnarumma who is a friend, we grew up together. He made his choices, others made theirs, then everyone has to take their responsibilities. I respect everyone’s thoughts, but I honestly think in a different way: I would not have made a dispute of this kind especially because for us, when we wear the national team jersey, it is important to have a good match and it is never nice for a team-mate to be booed like this. Then we lost on the field and not because of these things.”

Stefano Pioli deserves a lot of the credit for Milan’s turnaround over the last 18 months, as his side have become an almost unstoppable machine in Serie A and continue to build momentum with their young core.

“At the beginning I was struggling to put his ideas into play, but now those ideas are bringing results both to me and to the team. The last two years have been very positive from a personal and AC Milan point of view,” Calabria added.

“I renewed not so long ago with the club I grew up in, I often wear the captain’s armband, we are playing a good game, we are up there in the standings, now the icing on the cake was the call-up to the national team. of the results, I’m happy with what I’m doing. We have a wonderful relationship.

“I’ve always said it, our relationship started a bit like this and he said it too, because we had discussions at the beginning, but then we found the right square and now we find ourselves even without talking to each other.He is our coach, we follow him, he has wonderful ideas that we can then bring to the field.”

Zlatan Ibrahimovic also continues to be given credit too for coming and instilling a certain sense of belief and a winning mentality into the side, even while he is unavailable due to injury.

“He gave me the mentality of work. He too grew up from nothing, he has talent but he always has a frenetic desire to win, the desire to give everything in training and in the practice match. He has certainly raised the level of the team and of all, I think he really did us well because he was and is one of the absolute top players in the world. Playing with him has given us a lot of energy and even if he hasn’t played much lately, he transmits his energy to us from the outside and in the field you can see.”

READ MORE: Milan have two signings in mind for January to complete squad available to Pioli