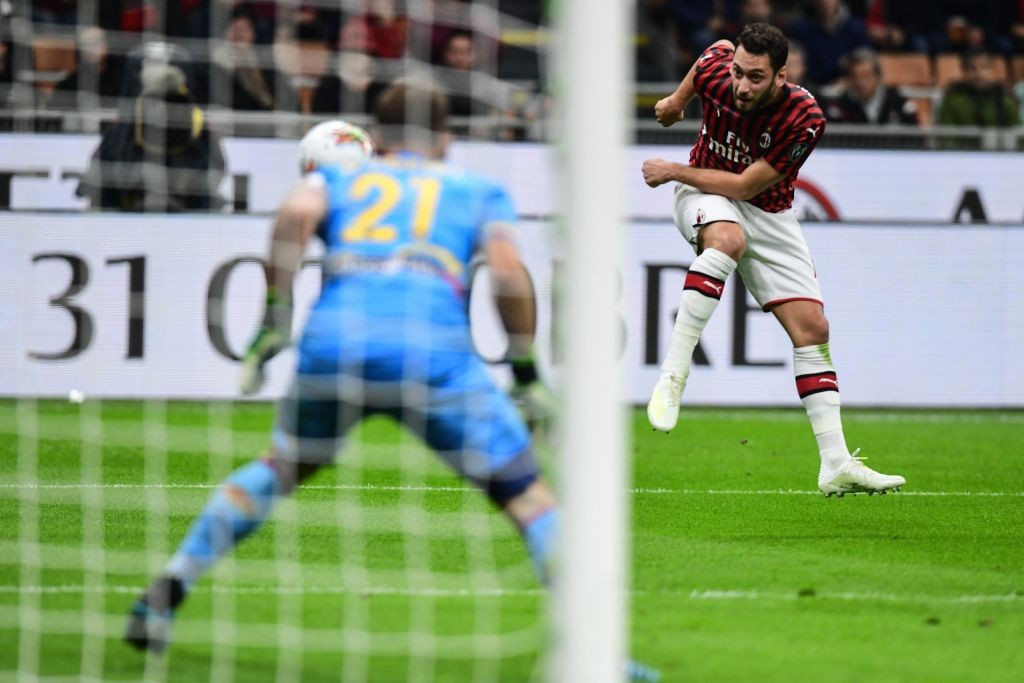 Calhanoglu backs Milan to achieve their key objective: “I always believe in my team-mates”

Hakan Calhanoglu has insisted that there is enough quality in the current AC Milan squad to qualify for next season’s Europa League.

Calhanoglu had a hand to play in all four of Milan’s goals against Lecce on Monday as he bagged two assists, plus it was his shot who was spilled for Giacomo Bonaventura to make it 2-1. You can see the highlights of his performance here.

The Turkey international was interviewed by SportMediaset on Friday and discussed the current state of affairs at Milan.

“I always believe in my team-mates, we are a young team, only Ibra has a lot of experience, but in this team there is a lot of quality, I have always believed in it,” he said (via MilanNews).

“Our goal is certainly to get into the Europa League, we watch game after game. We play every 2/3 days, we have to recover well. Mentally we have to stay strong. ”

On the tight schedule: “You have to stay strong in the head, it is difficult to play in this heat, this is one of the few problems, because playing in this weather is not easy.”