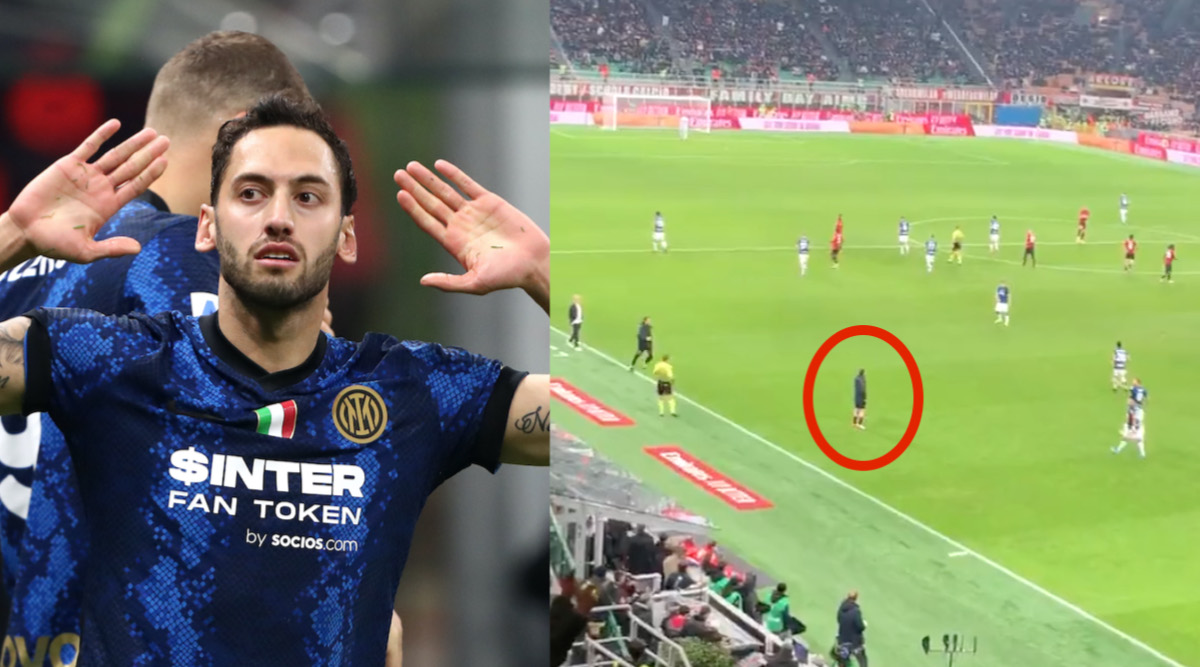 MN: Calhanoglu confronted for celebrating in front of Milan fans – the full reconstruction

There was almost a flashpoint during last night’s derby between AC Milan and Inter as Hakan Calhanoglu was confronted for his celebration.

MilanNews provides a reconstruction of the events, starting with when Calhanoglu won the penalty, took it and scored in front of the Curva Sud. He initially ran away to the corner flag but then decided to turn and taunt the Curva with a gesture of hands behind his ears. It is worth bearing in mind that Ibrahimovic was cautioned against Roma for doing the same while being racially abused.

He also said a few words too many towards the Rossoneri bench as per the report, and the mistake was that Alessandro Florenzi was sat there, who has experienced many heated derbies being a Romanista and he took exception to the attack on Milan.

The Nerazzurri midfielder continued in his celebration, evidently provocative, so Florenzi jumped up, entered the pitch and started to fire back at the Turkish international. The fourth official realised that the situation was heating up so he brought Florenzi back into the technical area and the members of the Milan staff had to intervene to calm him.

Meanwhile, his team-mates continued to shout at Calhanoglu until he returned to his own half of the pitch. It was also a reaction to the conduct of the Inter bench, always very active in protests and in trying to break the rhythm of the match.