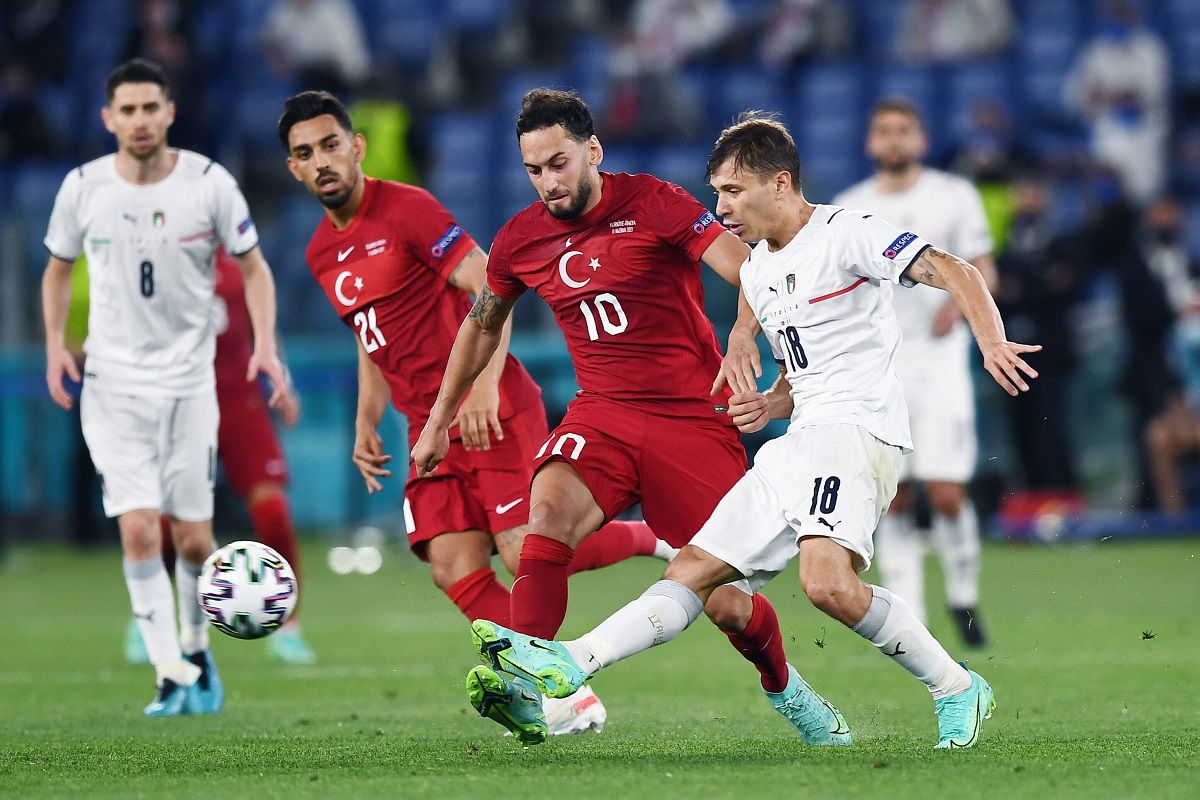 Calhanoglu criticised by papers after performance vs. Italy: “Has anyone seen him?”

Hakan Calhanoglu’s contract with Milan will expire at the end of the month and he’s yet to make a decision on the renewal. The Rossoneri have put €4m per year on the table, to date the best offer the No.10 has received.

The attacking midfielder was perhaps hoping that the Euros would give him a boost on the market. However, based on his performance against Italy yesterday, that won’t be the case. Sure, Turkey were bad overall but we didn’t see much of Calhanoglu.

Taking a look at the newspapers of this morning (via SempreMilan), the Milan man didn’t exactly get a lot of praise. Gazzetta Dello Sport gave him just 4.5/10 as being the star of the team, he needs to take on more responsibility.

Tuttosport gave him a 5.5 as besides a few glimpses of quality, he disappeared from the game. Corriere Dello Sport followed suit and gave the playmaker a 5. Calciomercato.com, meanwhile, gave him just a 4 and questioned ‘has anyone seen him?’.